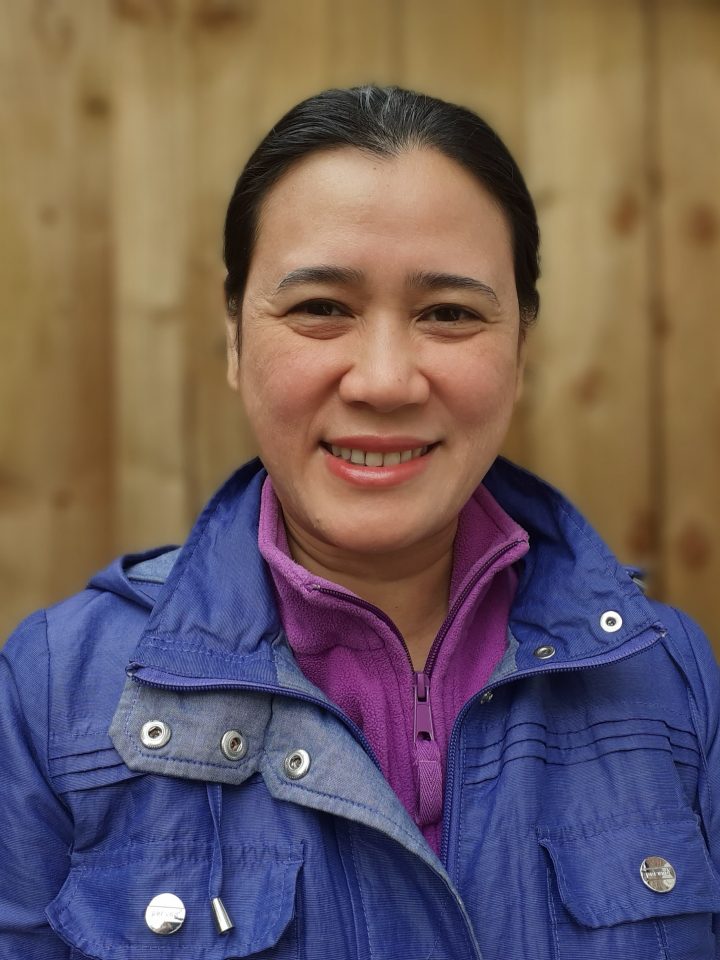 In relation to her background as an architect, Ger’s interests include sustainable development strategies that could guard the integrity of creation, and the application of disaster risk management strategies and systems. Besides this she is interested in affordable disaster resistant design and construction systems for social housing and alternative building technologies that are environmentally friendly and affordable, especially to the poor. Ger’s master’s thesis was linked to these and was entitled “From Emergency Shelter Towards Implementation of Disaster Resistant Technologies in the Philippines,” which is a synthesis of applicable and affordable technologies which are effective in resisting both typhoon/hurricane and earthquake forces at the same time.

As a Catholic, Ger believes in demonstrating the love and teachings of Jesus Christ and sharing His message of unconditional love to everyone. Aside from her interest in working with the poor and marginalized in society, she is also interested in promoting justice and peace in our world. She also believes strongly in the importance of promoting good relationships between people of different faiths, cultures and backgrounds. She enjoys working with organizations that encourage spiritual and personal growth, and the wellbeing of people. These led Ger to join the orientation of CLM in 2009 and thereafter, was assigned to a cross-cultural mission in the region of Britain in 2010.

Ger’s involvement with the Columbans started when she was very young and was still a university student doing her bachelor’s degree at the University of the Philippines. Way back in 1989, she was a volunteer architecture student of a Columban priest, Fr. Sean Connaughton in his housing project for his poor parishioners in Tondo Manila called SAPSPA, Inc. (“Samahan Para sa Angkop na Pabahay ng San Pablo Apostol” or Appropriate Housing for the Poor Parishioners of St. Paul the Apostle). Ger together with other members of their student organization called UP-Task Force Arki, helped Fr. Sean and his housing project in the preparation of house designs and plans, and the necessary working drawings needed to obtain building permits.

After the experience of working with the poor in the parish with Fr. Sean, Ger decided to continue to work with some other service-oriented organizations in housing who also focused on helping the poor and marginalized people in the Philippines. Ger also became the full-time Program Coordinator and Construction Manager of the housing project founded by Fr. Sean in Tondo from 1996 to 1998. After the target number of houses of this project was completed, Ger moved on and worked with an international organization called Habitat for Humanity (Habitat) in 1999-2004. Habitat is a Christian housing ministry building simple, decent and affordable houses with the poor and marginalized. Ger worked there both as an Architect and as an Affiliate Development Officer (combination of technical and organizational development work) due to her unique experience of working at the grass roots level in the parish of Fr. Sean in Tondo.

Eventually in 2001, Ger and her friends (who were also former volunteers of Fr. Sean in Tondo) founded the TAO-Pilipinas Inc. (Technical Assistance Organization, Inc.). TAO-Pilipinas is a service oriented non-government organization of architects and planners also helping the poor and marginalized sector in the Philippines. Ger was elected as its founding Board President for two terms until 2004. After Ger’s master’s degree studies in Belgium in 2004-2005, she worked full time at TAO-Pilipinas, Inc. (holding the following position at various stages: OIC Executive Director, Program Coordinator of Human Settlements, and Program Coordinator of Education and Training) until she joined the CLM orientation programme.

In 2009, Ger shared that God made her realise the importance of what was written in the Bible, specifically the following; “everything will pass away but my words will not”, “Do not be afraid, it is I” and “Whom shall I send?” These verses struck her and led Ger to take a leap of faith and join the Columban Lay Missionaries, setting aside her profession as an architect and her dream of taking a doctorate degree.

As a Columban Lay Missionary assigned in the British Region at Birmingham since 2010, Ger supported various outreach ministries in partnership with several charity and church-based organizations promoting good relationship between people of different faiths, cultures, and backgrounds, assisting and journeying with asylum seekers, refugees, migrants, and also elderlies, women and children’s group in Birmingham.

To name a few, prior to being the Coordinator of CLM, Ger supported the Communitas Wellbeing Project and was a Coordinator of the projects in English Martyrs and St. Anne’s parish from April 2019- July 2020. She is also a Pioneer Volunteers Team Member since it began in 2013. The Communitas Wellbeing Project is a unique project which promotes wellbeing amongst the elderly and which brings together two different faith groups (Catholics and Muslims) in caring for the elderly people in the community. As the Coordinator of the project, she managed the running of the regular sessions as well as designing the weekly activities preparing the volunteer rota, attending management meetings, networking and preparing reports.

Ger is also a member of the Fatima House pioneer volunteers’ team since it started in 2015 and remained part of it until now. Fatima House is a collaborative project between different agencies of the Catholic Church in Birmingham. It offers emergency and temporary, free of charge accommodation to destitute asylum seeker women in Birmingham. Ger helps in the day to day running and monitoring of the house. She helps in orienting new residents and sometimes facilitate weekly meetings. Ger also likes to lead different activities, and in the past has led jewelry making, card making and exciting crafts sessions.

Ger has supported St. Chad’s Sanctuary too since it opened in 2010 until 2020. A sanctuary for asylum seekers, refugees and migrants, St. Chad’s provides various forms of support services and is a place of welcome and hospitality. As part also of the pioneer volunteers’ team, Ger was able to help in different aspects of the project, to orient new volunteers and visitors, conduct English classes for Pre-Pre-Entry Level students, gather and compile helpful teaching tools into modules. Ger also helped in the release and distribution of donations to beneficiaries, the preparation and serving of refreshments and would help to update records and donation statistics when required.

Columban Invitation to Mission Programme was also one of the projects Ger has also supported. The programme facilitates local and overseas immersion to raise awareness on the significant current issues surrounding JPIC and IRD, and to encourage the participants to put their faith into action. As a member of this team, Ger has in the past, participated in running the programme, and in leading some of the preparatory activities. 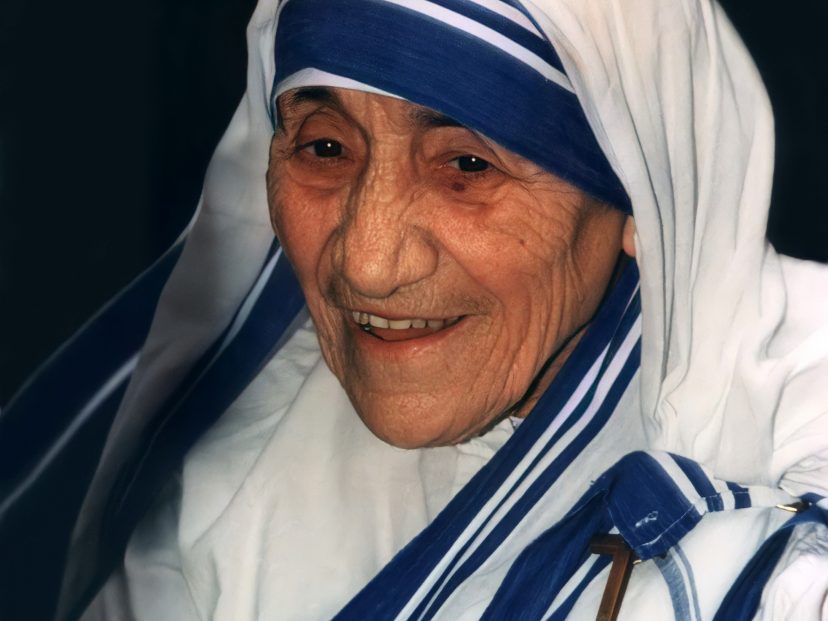 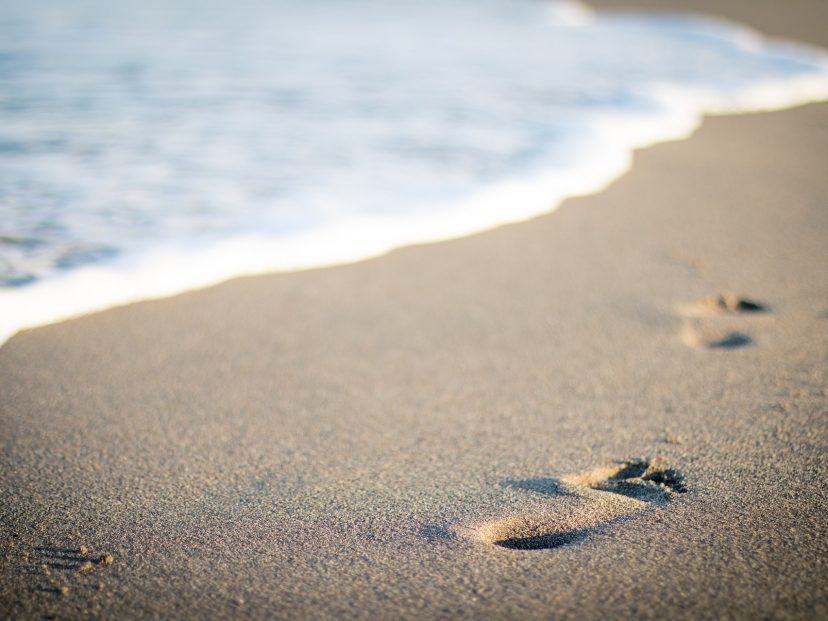 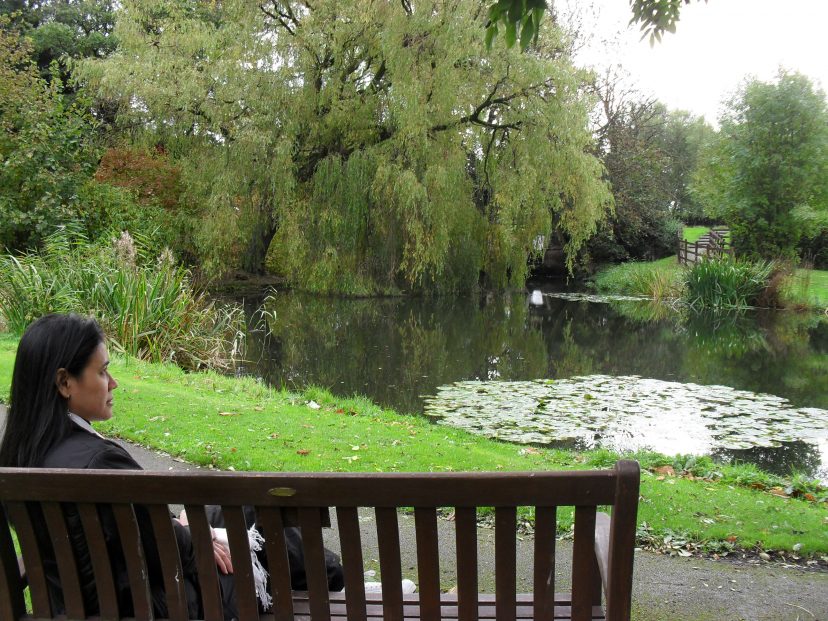 Gertrudes, where have you been? 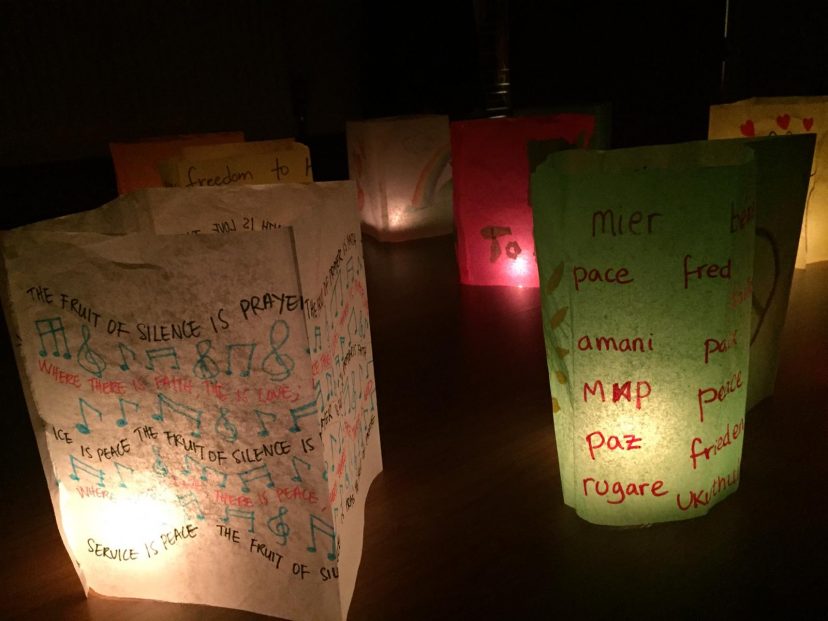 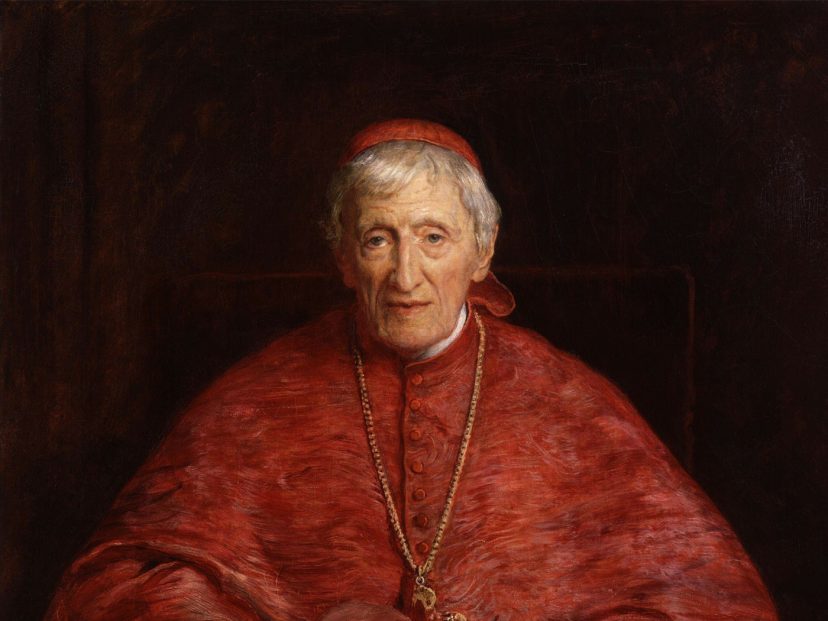 ‘The mission of my life’ – Cardinal John Henry Newman 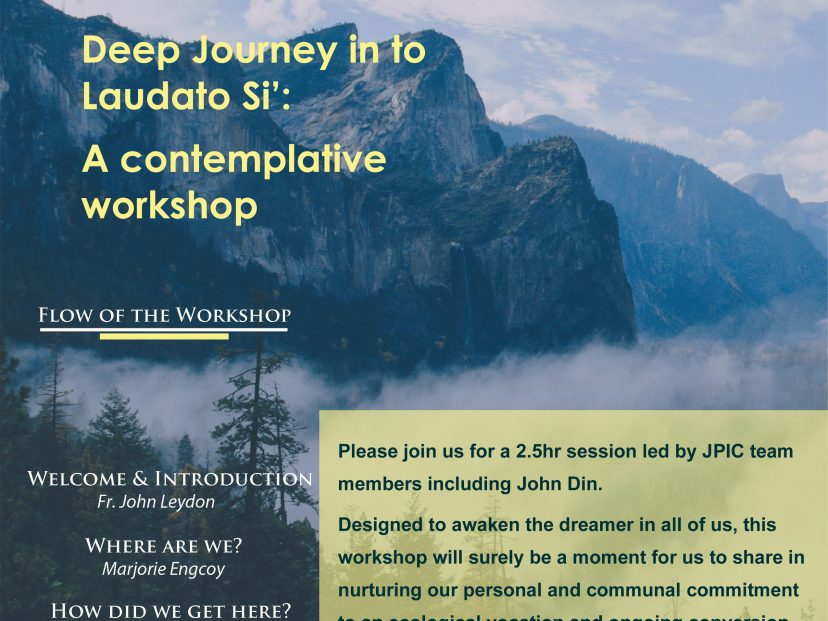 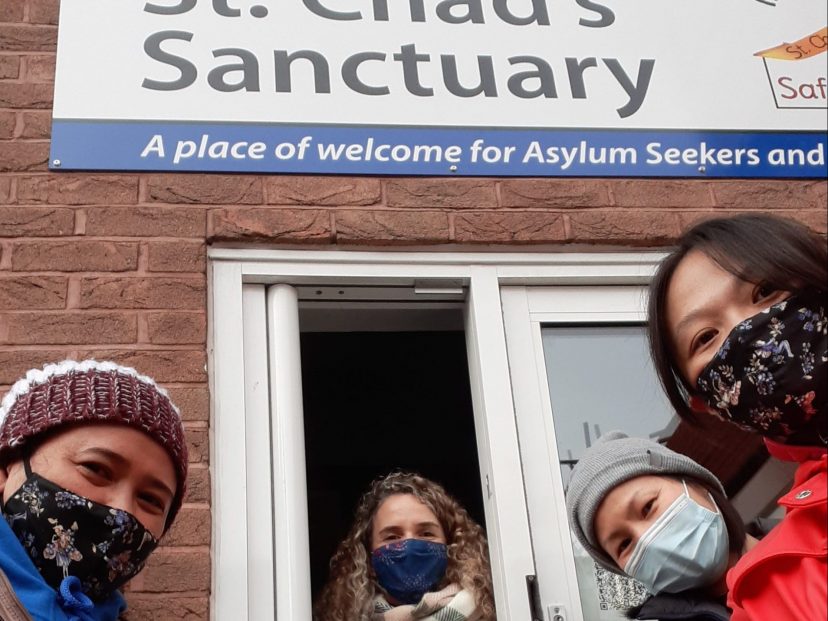 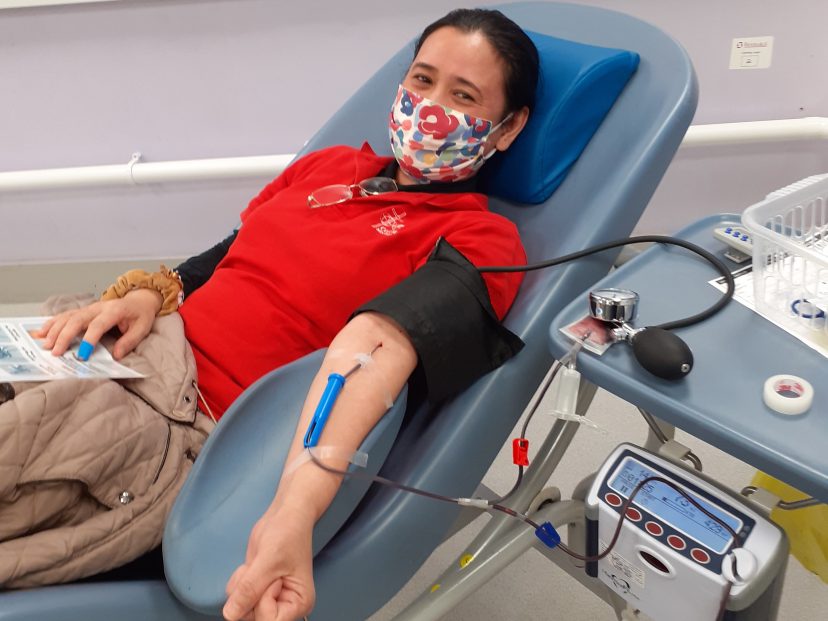 Another call to save lives during the Coronavirus pandemic