A steady stream of entries have been coming into the Columban schools competition 2021. But with a month to go before the competition closes on 20th February there is still time to submit writing and image entries. This year the theme is ‘Let's Create A World Without Racism’ and it is open to students aged 14-18 years old.

Entries of articles and images for the British Columban competition have already been received from schools the length and breadth of the country – from St Thomas More in Nuneaton to St Gregory’s in Oxford to Worth School in West Sussex. Winners will be announced on 15 March 2021 and there are cash prizes. Two separate competitions will be judged, one for students in Ireland and one in Britain and high-profile judges from the world of journalism have been secured.

There was recent inspiration from the young black poet who electrified the inauguration of United States President Joe Biden with her poem ‘The Hill We Climb’. 22-year-old Catholic Amanda Gorman called for a country “committed to all cultures, colours, characters”. This chimes with a core aspect of Columban mission, which is crossing boundaries of language, race, culture and religion.

The theme is very relevant in the lead up to Racial Justice Sunday on 31st January 2021.

Reflecting on a year that saw the global Covid-19 pandemic disproportionately impact on ethnic minority groups and a series of mass protests in the US in response to high profile killings such as that of George Floyd, the lead Bishop for Racial Justice in England and Wales says: “It’s not enough to simply denounce racism. This is a time to act.”

Bishop Paul McAleenan echoes the words of Pope Francis pointing out that instances of racism continue to shame us and show that “our supposed social progress is not as real or definitive as we think.” He adds: “Racism is a sin and a violation of human dignity in which we are all complicit. As Catholics we need to acknowledge and confront our own failings – as individuals and as a Church. Every single one of our parishes, schools and organisations has a responsibility to actively practise anti-racism in all aspects of our mission.”

The Catholic Association for Racial Justice says “the effects of the Coronavirus pandemic, the killing of George Floyd, and the powerful message on fraternity and equality by Pope Francis in Fratelli Tutti speak of the need to actively oppose racism and pursue racial justice with renewed vigour.”  A video reflection by a Zimbabwean Catholic Youth group has been produced for Racial Justice Sunday.

Further information can be found at: 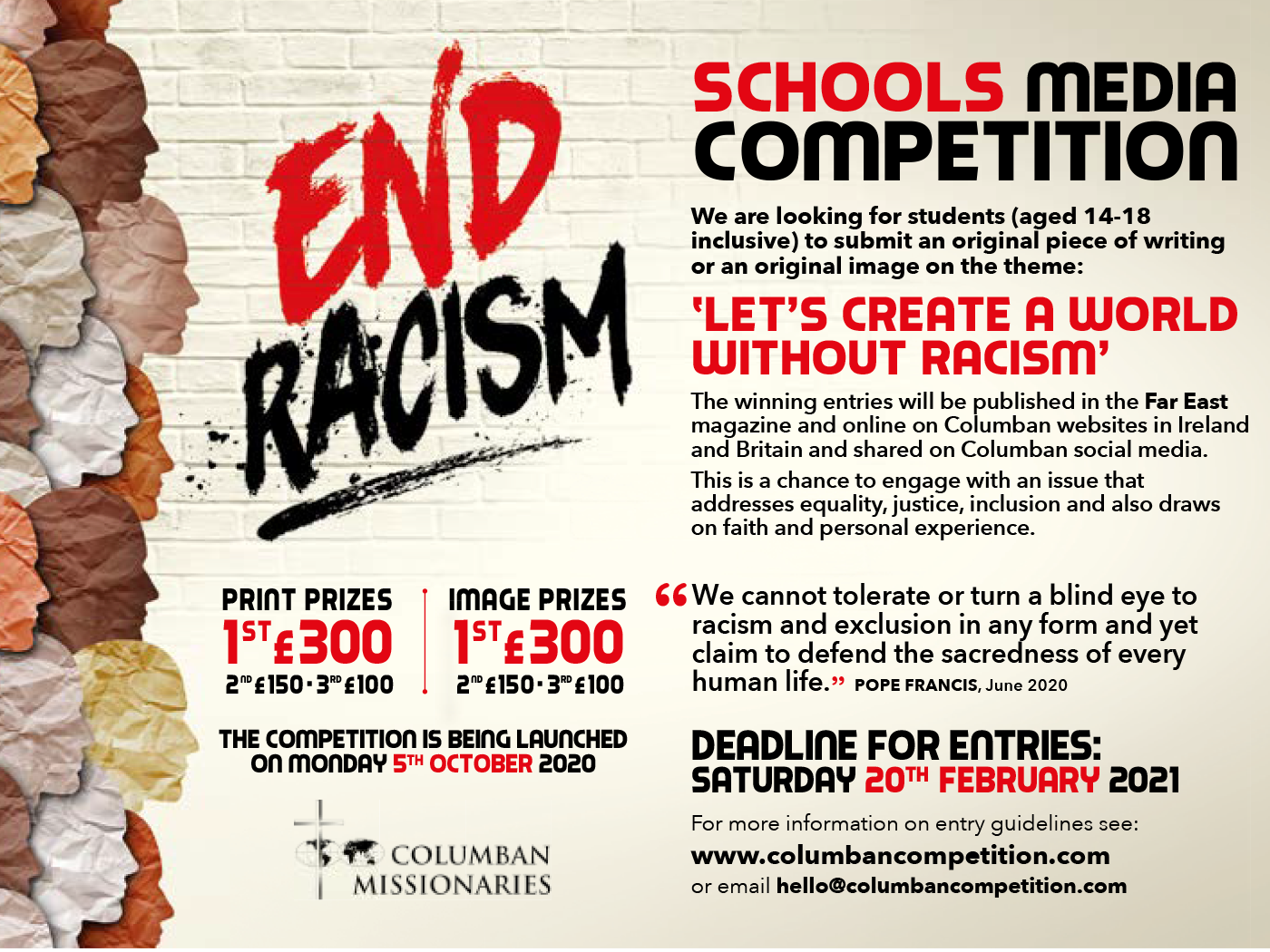