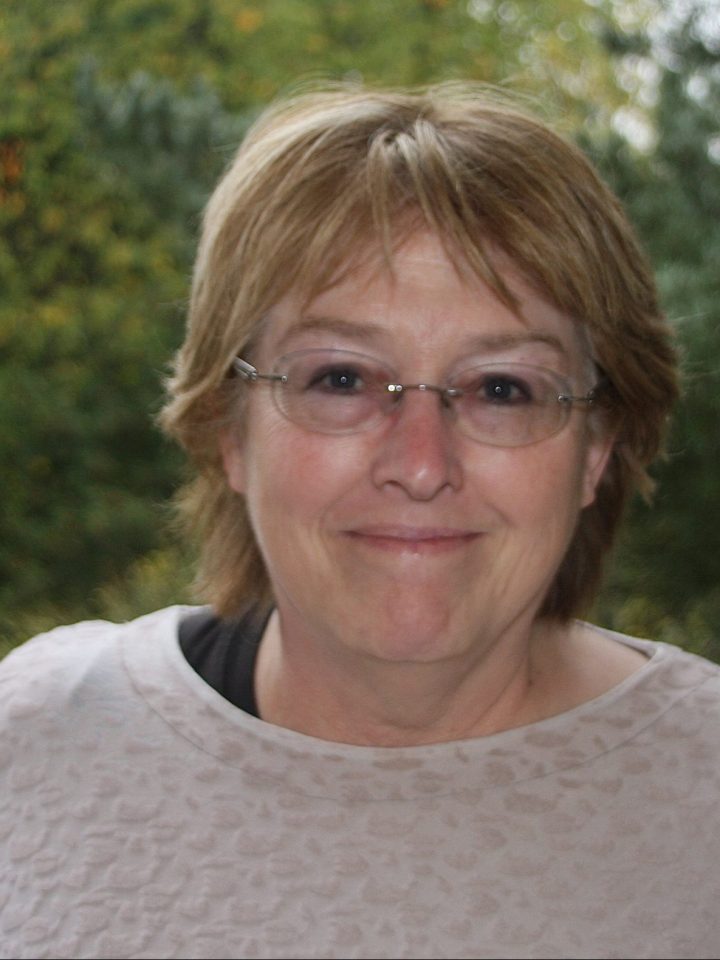 Ellen Teague is a London-based freelance Catholic journalist who writes and campaigns on Justice, Peace and Ecology issues. She has worked for the Columbans since 1990, running the media desk of the Justice, Peace and Integrity of Creation (JPIC) team of the Columban Missionary Society in Britain and editing their newsletter, Vocation for Justice.

She speaks in dioceses, parishes and chaplaincies regularly on JPIC issues, particularly on the social justice teachings of Laudato Si’, the 2015 papal encyclical on ‘Our Common Home’. Ellen is also an assessor for the Livesimply Parish Award in England and Wales, and supports individuals, families, parishes and educational establishments to commit to the transition to renewable energy, advocacy for justice and peacemaking. She helps to organise the annual Columban media competition for young people, which has focused on Migrants, Refugees and ‘Throwaway Society’.

Ellen represented the Columbans at the 2015 United Nations Climate Talks in Paris, producing a daily blog which added to the clamour for an Agreement to limit global warming to 1.5 degrees. She has been a Columban presence at numerous lobbies and marches over several decades on such issues as the Climate Crisis, Global Debt, Fair Trade, Extractive Industries, and Peace & Nonviolence. Influential events included lobbying the G8 on Debt in 1998 (Birmingham) and 1999 (Cologne) as part of the Jubilee 2000 campaign to cancel international debt, ‘Make Poverty History’ in Edinburgh in 2005 and ‘The Wave’ on Climate in London in 2009.

She attended the Columban conference in the Philippines in 2007 on Climate Change which established a Columban commitment internationally to work on the issue. More recently, she helped produce a series of Columban podcasts on Biodiversity for the 2020 Season of Creation, working with Columban JPIC internationally.

Ellen also writes regularly for The Tablet, Independent Catholic News, Messenger of St. Anthony International Edition and Redemptorist Publications, collaborating closely with organisations involved in the National Justice and Peace Network of England and Wales (NJPN), such as Pax Christi. She is a member of the NJPN Environment Group and is on the planning group for their July 2021 Conference: ‘Action for Life on Earth’, which is inspired by Laudato Si’.

Interest in environmental justice was sparked while working as a volunteer teacher in Northern Nigeria in the 1980s and then for CAFOD as their campaign coordinator on the ‘Renewing the Earth’ campaign 1989-1990, which did ground-breaking work on the links between development and the environment. Columban eco-theologian Sean McDonagh was a consultant to that campaign and she has been inspired by his work on Creation Theology ever since. She has produced several study programmes for Christian groups, including, ‘Paint the Church Green’,  ‘Our Earth, Our Home’ – Green assemblies for primary schools, and the Columban study programme on Laudato Si’.

She is married to Gerry and has three sons – Luke, James and Simon. Ellen can be reached on vocforjus@aol.com. 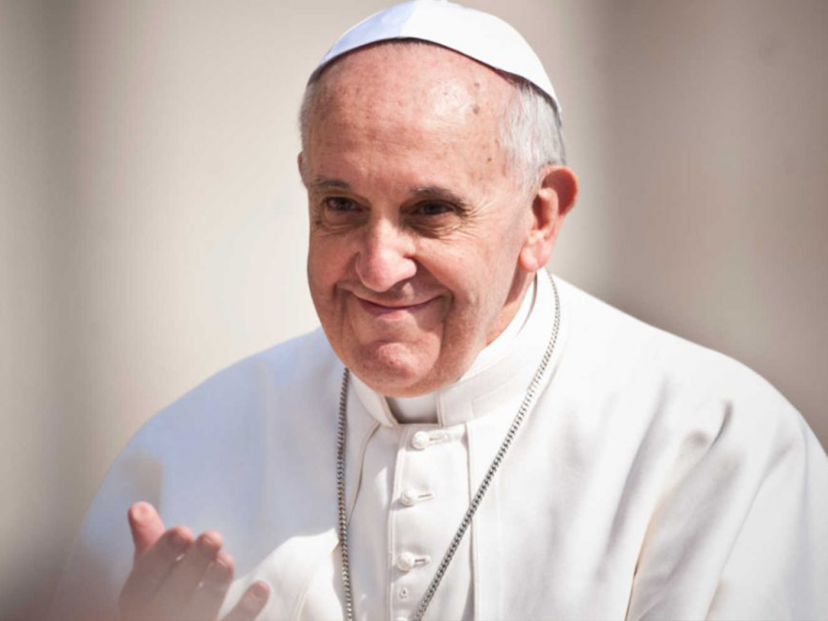 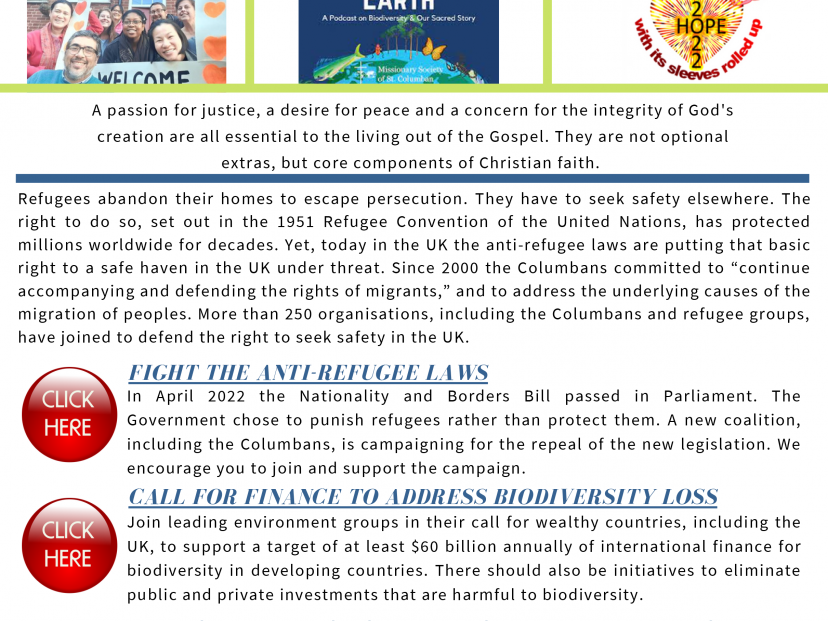 Time to Act – May: Columbans support opposition to ‘anti-refugee laws’ 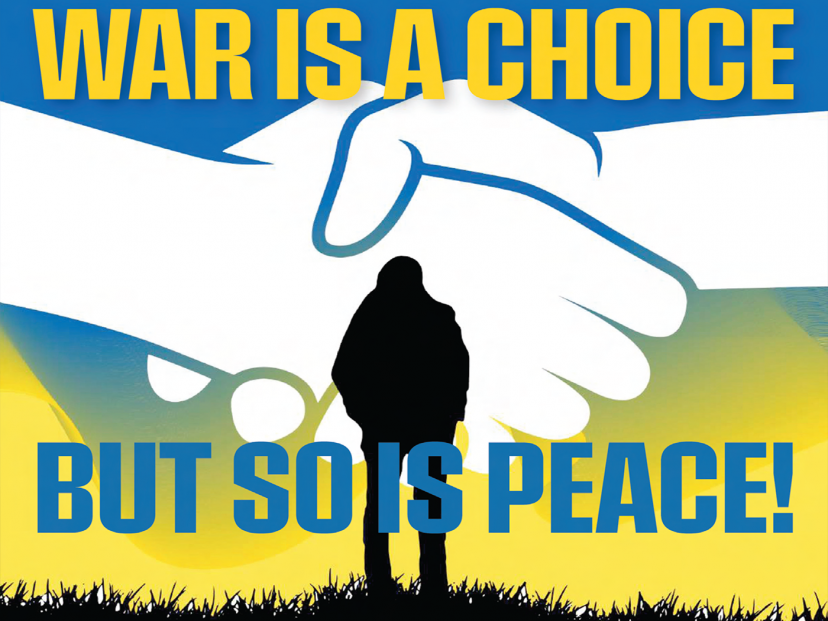 Vocation for Justice: War is a choice, and so is Peace 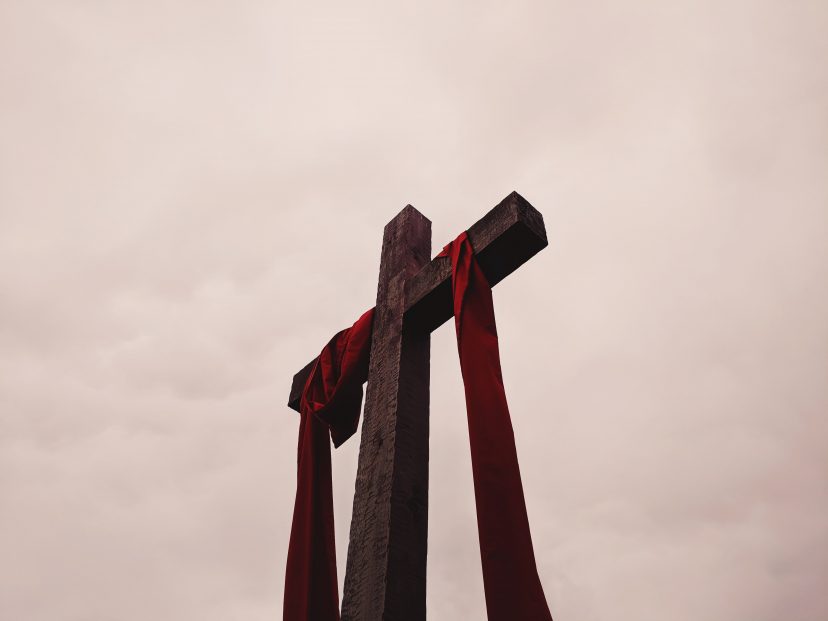 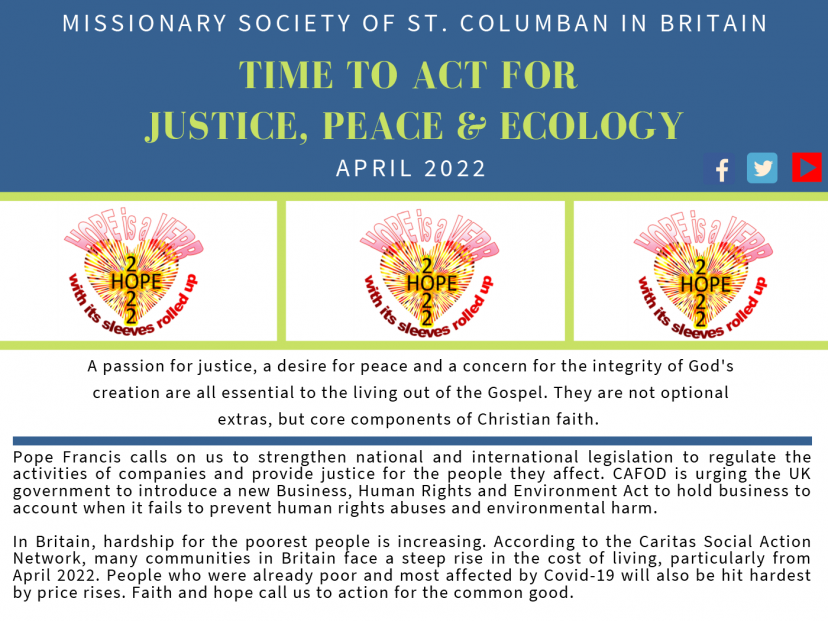 Time to Act – April: Hope is a verb with its sleeves rolled up 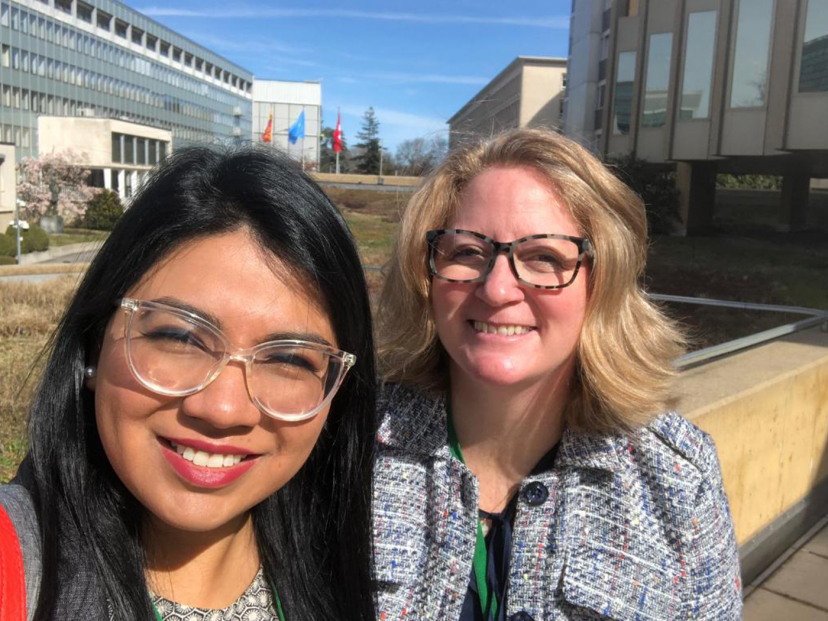 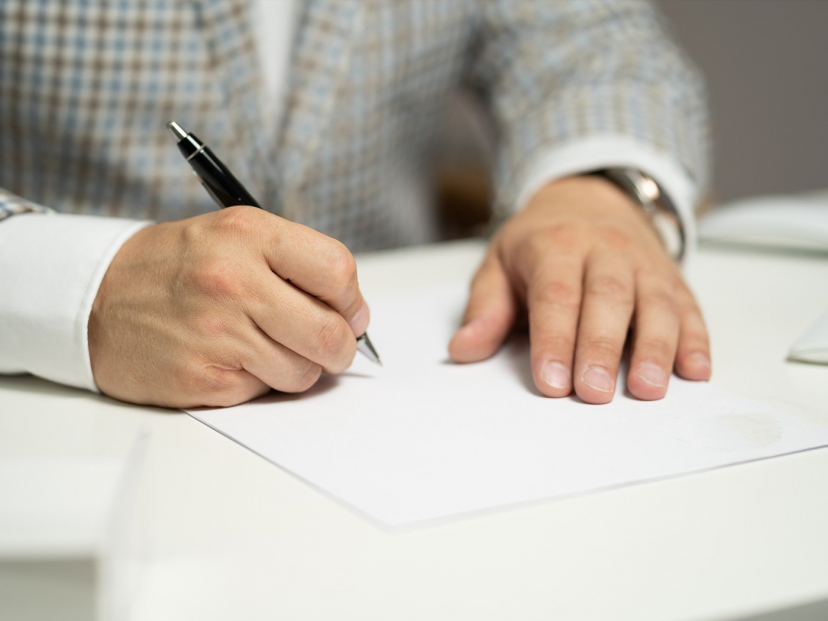 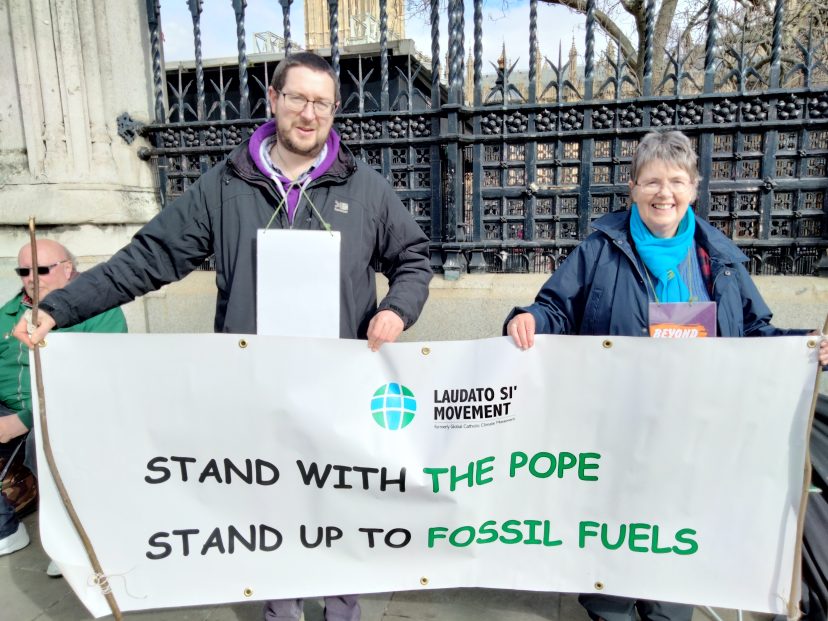 Vigil and Fast: Beyond Fossil Fuels Together