Uprooted – let us unite in prayer for Ukraine

We begin the Season of Lent against the backdrop of conflict and violence in Ukraine and scenes of people fleeing their homeland for a place of safety and refuge. Lay missionary Nathalie Marytsch, based in Birmingham, finds parallels between this and the recent storms responsible for felling millions of trees.

A couple of weeks ago I read an article by Claire Marshall from the BBC in which she states that over eight million trees have been lost in the UK this winter after storm Arden hit in November 2021. In her piece, she describes how winds of 90 mph felled a third of ancient trees such as oaks and yews in a single night in the South Lakes near Windermere and in Great Knott Wood. According to one of the foresters interviewed for the article, some of the felled wood could be sold for timber, but because some fallen trees are difficult to reach, they would inevitably rot, creating new habitats and space for new species to thrive.

I happened to be in the area near Windermere recently and saw first-hand the devastation that the recent storms had wreaked. Arden was the first named storm, at the end of last year. Then, near the end of February 2022, three successive storms, Dudley, Eunice, and Franklin, hit the country within a week. When you look around the area, you can’t help but notice how much the landscape has been transformed as a result of the many trees being uprooted by natural forces. The fact that storms are given common names prompted me to reflect on the social concept of being uprooted. 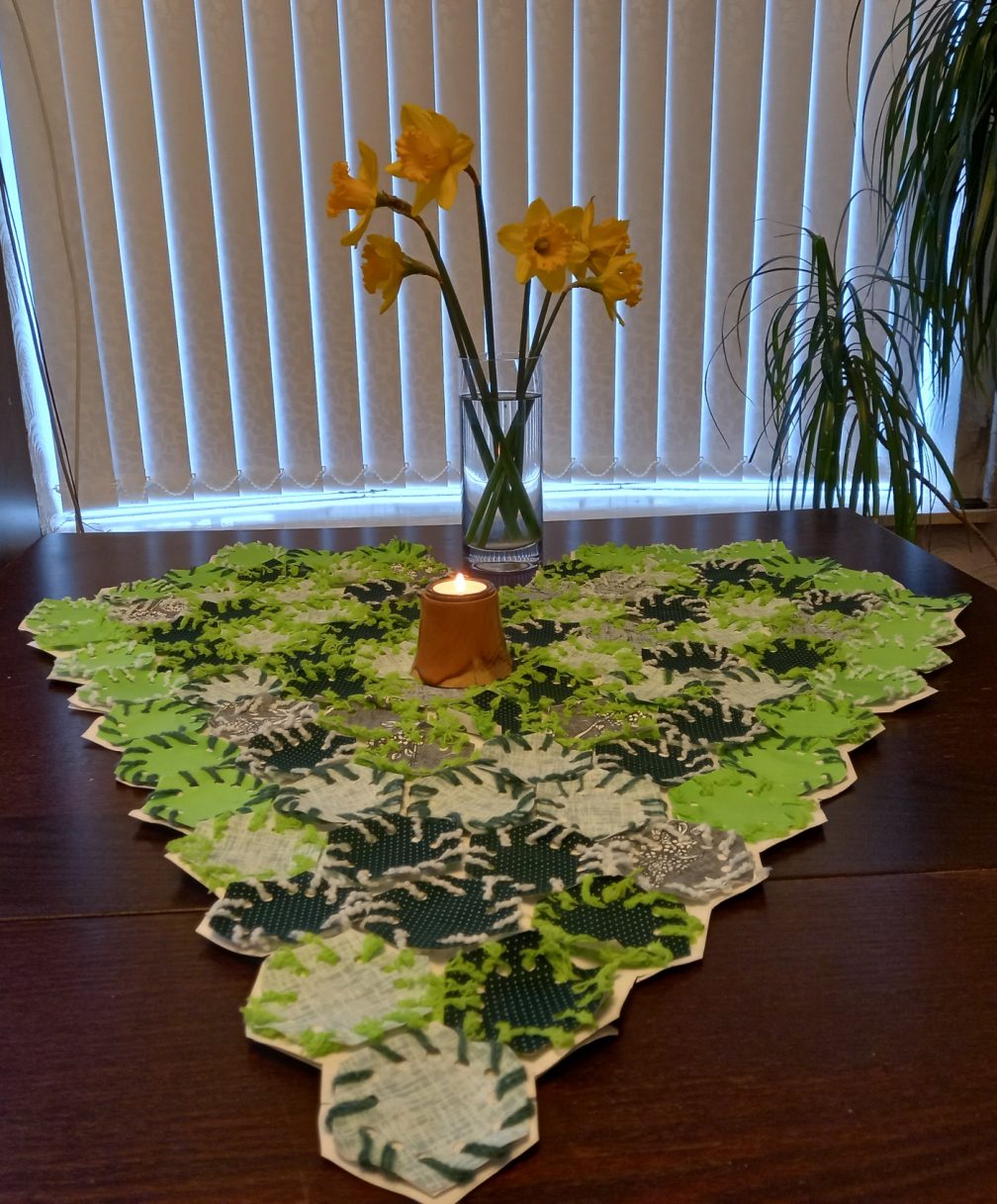 The Cambridge dictionary defines uprooting as an action where a person is removed from their home or usual environment. For over a week now, we have heard in the news about the ongoing conflict between Ukraine and Russia. Predictably, what followed was media outlets broadcasting images of tens of thousands of Ukrainians crossing borders in search of safety. Today, the BBC reported that more than half a million have already fled the country. Once again we see a spike in the number of people caught up in conflict and forced to flee their homes. In a way they are being uprooted. Conflicts and violence force people to flee in search of safety, much like extreme stormy weather conditions that uproots trees.

The sorrow of those who are uprooted from their homelands is revealed by so many recurring conflicts and crises. We heard the outcry of those fleeing Afghanistan a few months ago, and before that, those fleeing Syria. We learnt about the victims of the military coup in Myanmar and Ethiopia’s and Yemen’s ongoing perils and tribulations. To me these are examples which speak of an unfolding and seemingly never-ending suffering, the cry of the earth merging with the cry of the poor.

Pope Francis has urged all believers to pray for peace and for an end to the conflict in Ukraine. As we begin Lent, may we all unite in prayer for our suffering brothers and sisters at this time. And may we join the efforts of the people of goodwill to end the ‘madness of war’, as the Pope describes it.

The Columban international leader, Fr Tim Mulroy, has also called on all missionaries, ordained, lay, co-workers and benefactors to join prayers. He writes, ‘may our observance of the Lenten season strengthen our belief that, the indifference and injustice that continues to blight the lives of so many people and our common home, will be overcome by Christ, our Resurrection and our Life’.

Give Peace a Chance

Let us unite in solidarity and pray for the people of Ukraine.

Together let us pray for Ukraine