Twelve years ago I visited Manila in the Philippines for a climate change conference organised by the Columban Missionary Society. On a free afternoon Fr Peter Hughes and I walked down to the Columban Parish of Malate and then took a stroll to look over the sea wall and see the waves. Well there were waves alright – waves of plastic, going out about 100 yards into the ocean. Children were playing in them! We felt outraged and returned to the Columban house determined to call for a clean-up. “It is cleaned up once a week”, we were told, “but the problem is that much of Manila’s waste largely ends up in the ocean and constant clear ups do not solve the problem”. Manila, with a population of 12 million people, is the most densely populated city in the world, and has a massive problem disposing of its waste. And Manila is not unique.

Britain was alerted to the huge scale of plastic pollution in the oceans with the popular David Attenborough programme ‘Blue Planet 2’. The famous environmentalist said, “we now know that human actions are having a significant impact on the world’s oceans”. Attenborough urged action to tackle the problem. From the sea to the land, Earth is becoming a Plastic Planet. Most is disposed of in our environment – burned or buried in landfill sites and tossed into the rivers and oceans. People are increasingly worried about this and its impact on nature, and they’re right to be. 79% of the plastic waste ever created is still in our environment. We are leaving a legacy of plastic waste on our planet that will take years to put right.

Over the last century, plastic has become part of everyday life. From bottles and bags to plastic pots, tubs and trays – our lives are full of it. Plastic is an amazing material but it is not designed for single-use. Every piece of plastic ever made – unless it has been burned – still exists. Our decades-long addiction to plastic packaging has had a profound impact on the world we live in. Plastic debris contaminates our food supply, fills our oceans and kills plants and animals. 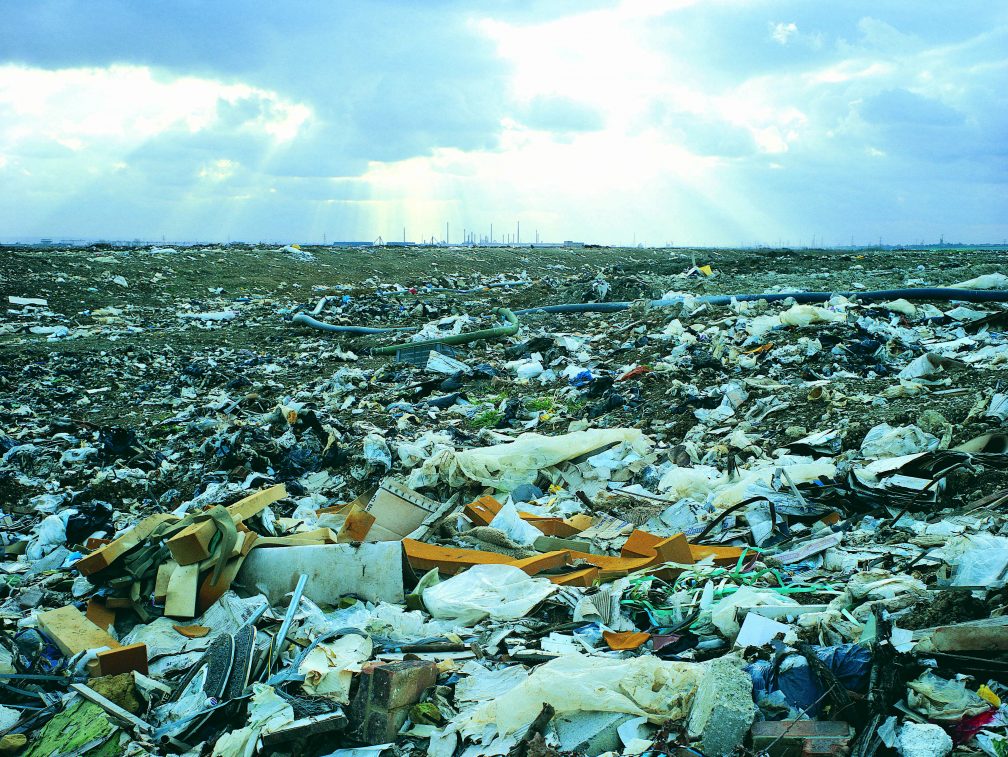 Plastics take thousands of years to decay. As a result, fish and wildlife are becoming intoxicated by tiny pieces of plastic. Consequently, the toxins from the plastics have entered the food chain, threatening human health. In the most polluted places in the ocean, the mass of plastic exceeds the amount of plankton six times over. A third of all fish caught off the coast of South West England are thought to contain traces of plastic. Plastic is killing more than 100,000 sea turtles and birds a year from ingestion and entanglement.
Chemicals in plastics are released into the water as well as the atmosphere. Fish easily become contaminated from the chemicals in the water. We as humans ingest contaminated fish and mammals. There are different ways that plastic is dangerous for humans. Direct toxicity from plastics comes from lead, cadmium, and mercury. These toxins have also been found in many fish in the ocean, which is very dangerous for humans. Diethylhexyl phthalate, contained in some plastics, is a toxic carcinogen. Other toxins in plastics are directly linked to cancers, birth defects, immune system problems, and childhood developmental issues.

The average person produces half a pound of plastic waste every day. No wonder the oceans are filling up with waste! Consider the words of Pope Francis in the laudato Si’ papal encyclical of 2015 where the pope suggests that modern society is a “throwaway culture”. We live in a world where everything is seen as disposable, replaceable or temporary, and overflowing landfills and oceans full of waste are obvious signs.
Part of the problem is that we don’t recognise how this issue starts with the individual. There are obviously lifestyle changes we can make to respond. Governments also need to make regulations on the issue of plastics. Surprisingly, there is little to no information on governmental websites about pollution in the oceans. It would be a costly fix. Grassroots organisations are vital to the protection of the oceans, striving to get information out about this tragic pollution. Their videos on youtube of turtles being freed from discarded fishing tackle and plastic straws have awakened awareness.

In 2018 China sent shockwaves through the global recycling industry. It had been processing about 40% of the world’s plastic waste but new rules have drastically limited imports. China’s ban will help improve its environment and “promote the universal international principle that producers of waste should be responsible for the whole life cycle of that waste”. That has left countries from the US to Britain scrambling to find other solutions for handling millions of tonnes of plastic bottles and packaging. Unfortunately, Turkey has since become a dumping ground for British plastic. Vietnam stopped issuing new licenses for the import of waste and cracked down on illegal shipments as thousands of containers of waste built up at the country’s ports. Vietnam’s Ministry of Natural Resources and Environment said it didn’t want the country becoming “a dumping site”.

Despite a huge rise in recycling rates over the past few years, there is a big difference between what we are recycling and what we could be. This is the recycling gap. More and more people are recycling but we still only recycle 58% of our plastic bottles. Plastic bottles, plastic pots, tubs and trays are all recycled in the UK, and widely collected for recycling, but more than half still ends up in bins. It all adds up to plastic being needlessly burned or dumped in landfill every year. At least two-thirds of plastic packaging in the UK is not recycled with much of it actually unrecyclable. It will be too many years before recycling can ever catch up with our escalating rate of consumption.

Incineration also falls short of a viable solution to plastic pollution. When plastic is burned, a cocktail of poisonous chemicals is released. Large studies have also shown higher rates of childhood cancer and birth defects around waste incinerators. A cultural shift away from single-use plastic to biodegradable materials could be achieved with the support of UK food retailers. Britain’s supermarket chains are nudging shoppers away from plastic bags, but could do more to stem the tide of pollution. Many have called for supermarkets to introduce a Plastic Free Aisle in their stores. This will give shoppers the chance to reject goods laden with plastic, in favour of alternatives. It is simply giving people a choice – a choice to buy their food free of plastic.

Prevention is better than cure

Only a quarter of people realise “prevention is better than cure” in reducing plastic pollution, said a recent UK survey. Just one in four (26%) said avoiding buying or accepting such items was the most important thing individuals could do. The poll found that having more public places to refill bottles, such as water fountains, and knowing it was possible to refill in any pub, cafe or shop without feeling awkward, would boost use of reusable bottles. Plastic straws are beginning to be banned in pubs and cafes after the public made a fuss about them.

Awareness of plastic pollution has grown enormously over the past few years, but few are willing to make significant sacrifice to avoid buying and using plastic, particularly single use plastic. The dolphins maimed by plastic debris and the lanternfish found with tiny pieces of plastic in their stomachs are still regarded as “collateral damage” rather than a warning that our lifestyles are unsustainable.

Church for the common good

In Laudato Si’ Pope Francis called for “a sound ethics, a culture and spirituality genuinely capable of setting limits and teaching clear-minded self-restraint”. He has said we must recognise our duty to care for the oceans as part of an integrated vision of human development and to treasure oceans as the common heritage of the human family. For too long it has been thought that the sheer vastness of the oceans would allow for negligence, the disposal of toxic waste, and freedom from oversight by the authorities.

In Britain some Livesimply parishes are banning plastic cutlery, plates and cups in their halls as part of a commitment to live sustainably. Others have initiated parish gardens where food is grown and distributed without plastic packaging. We can do much as individuals and communities.