History is made as social issues challenge politics

Something has happened that is really changing the world besides the COVID-19 pandemic. The pandemic is changing our lifestyles, our economy and medical practices. But a greater social movement is underway as seen in numerous demonstrations by many thousands of protesters around the world. It is a protest against the dominating force of the small elite of ruling oligarchies that dominate a country's economy and political system that oppresses and kills its citizens with impunity. 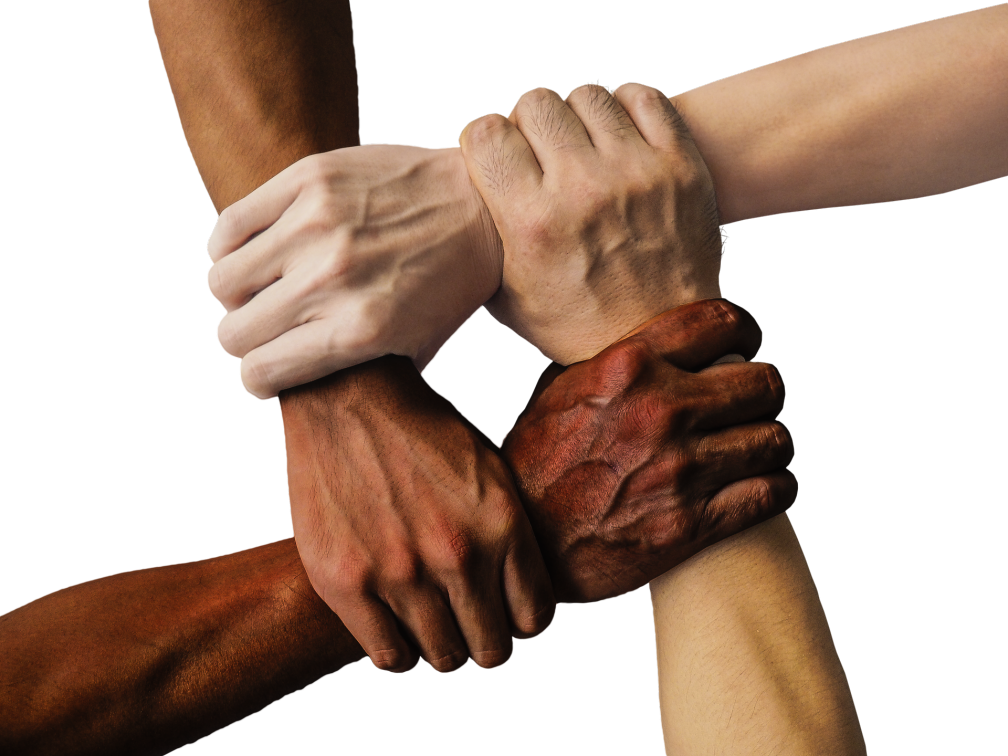 It is not the politicians who are now setting the agenda but the masses of protesting people as in the United States who have a democratic space to do so. Although the rulers try to squash, limit and eradicate people power by force and erase that democratic right and space in some places, it breaks out anew elsewhere. In Hong Kong, we witness the freedom to protest eradicated as the Chinese draconian National Security Law, rushed through by the Communist Party, is implemented as an anti-terrorist law to crush free speech and give life-sentences to protestors.

This is the end of Hong Kong as it has been since British rule when there was greater freedom and democratic space until now. The One Country, Two Systems arrangement has been shattered. Taiwan is taking note for sure. Despite lifting almost a billon Chinese people from dire poverty through a capitalist-communism system and becoming almost the number one world economic power in only fifty years, the Chinese historical opportunity to be a truly great nation in world history is long gone, too. China’s amazing economic achievement is a tainted and diminished reality in world history by violations of human and political rights and island grabbing in the South China Sea. The Communist Party has, instead of winning glory, earned the ire of nations and less respect and prestige. Today while one social movement in Hong Kong is squashed, other social movements in the United States and other countries are gathering pace and becoming changers of history.

The “Black Lives Matter” movement is challenging police brutality and indiscriminate killing of African- Americans. They are demanding the equality and respect that is owed and rightfully belongs to all people and especially to people of colour. Even there, the ruling elite of the right led by Donald Trump are trying to squash the democratic space for many years. In Washington, Trump used tear gas, flash bombs and police force to disperse peaceful demonstrators in front of the White House, clearing a way for him to walk to a church and hold up a Bible for a photo opportunity. In Ferguson, Mississippi on 13 August 2014, police shot dead Michael Brown and there was a uprising by African-Americans. Their demonstration released a flood of anger and repressed feelings at the police oppression and deprivation of social justice. The police, predominantly white, were militarized and national guards with armoured cars turned their machine guns on the people in a show of intimidation and force. The blatant public killing of unarmed African-American man George Floyd, 46, in Minneapolis, Minnesota last 25 May 2020 showed that racist oppression and repressed anger was still there. Three police officers came to arrest George Floyd for allegedly passing a counterfeit 20-dollar bill. One of the police, Derek Chauvin, cruelly pressed his knee into the neck of George Floyd while he cried, “I can’t breathe” for almost nine minutes. The murder was captured on cell phone video and the victim died soon after. The video went viral and ignited again a repeat of the Ferguson uprising but this time it spread to almost 100 cities across the United States denouncing institutionalized racism and police brutality. The “Black Lives Matter” protest is still ongoing and has spread around the world as oppressed and exploited indigenous people and people of colour join the global protest and demand social justice and human rights.

President Donald Trump has been heavily criticized for sharing a video in support of a white supremacist shouting “White power!” from a golf cart. The movement, consisting of black and white protesters, can be summed up as a mass protest against that one phase, “white power.” It is now international, Native Americans, African- Americans, indigenous people and people of colour in Canada, Brazil, France, the UK and many other countries are marching.

There is outrage and a mighty force of people power rising up to challenge the status quo and the oppressive dominant attitudes of the white supremacist and the hatred and racism expressed on social media such as Facebook. Facebook is now challenged by the business community that is withholding advertising from Facebook until it changes its support for hate speech. It is doing so. 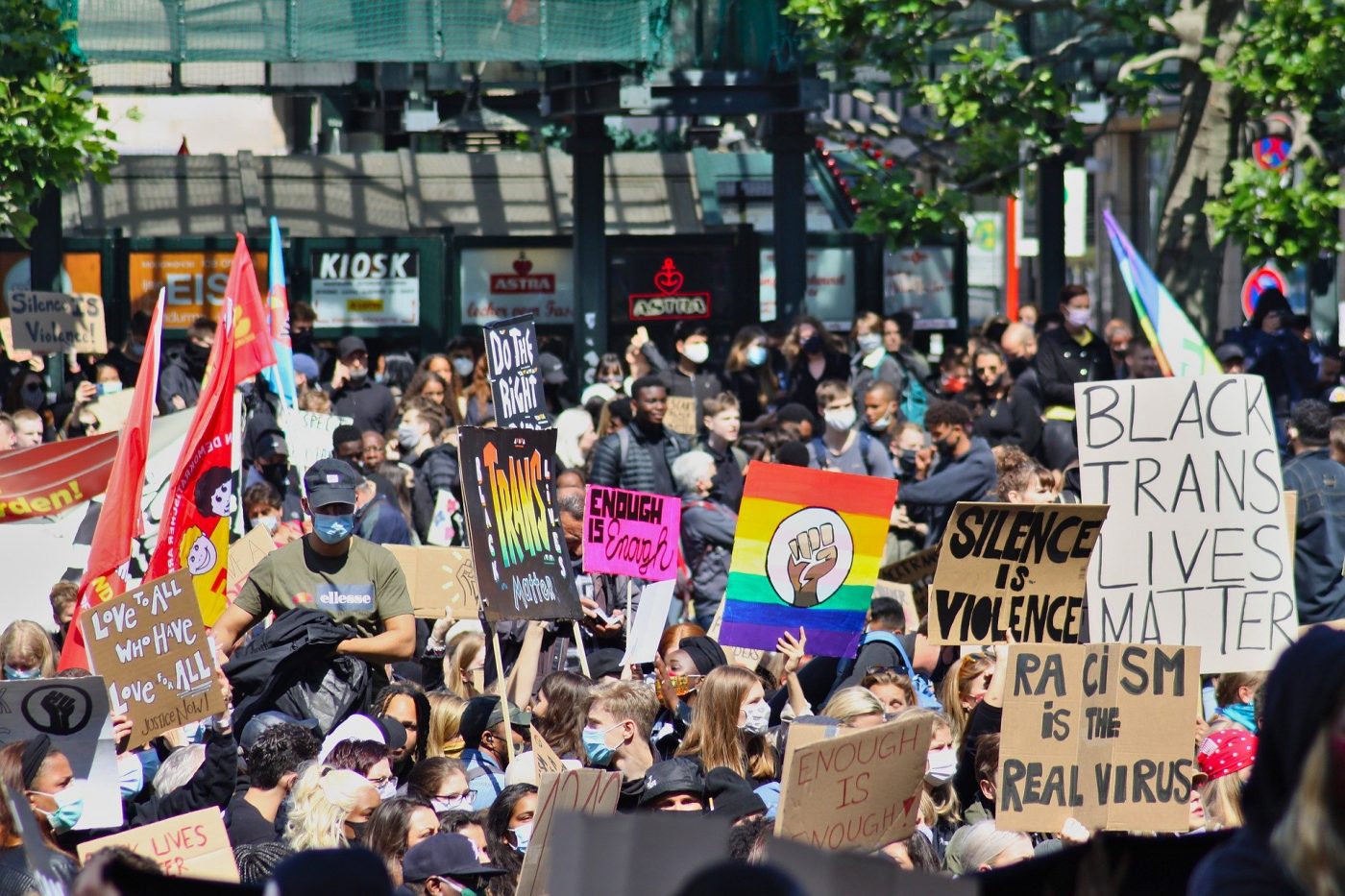 “While social justice, equality and respect for all people has to be an immediate goal, long term change to eradicate racism has to be in the hearts and minds of the people. ”

What we have to understand is that racism is not just a few white supremacist people lording it over the African-American or brown or Asian people and considering them as inferior. It is a “political and social power” issue. South Africa was ruled by white supremacist leaders for a century until Nelson Mandela came to lead a national protest. The US Congress and Senate is a majority of white politicians.

The American white supremacist ruling elites were shocked and deeply angered by the election of Barack Obama, the first African-American to be president of the United States. Then, in retaliation it seemed, they got Trump elected. Trump, a white supremacist and racist himself did everything to destroy the Obama legacy and achievements and criminalize the protesters today.

The Movement began more than 300 years ago when Africans were enslaved and shipped to the Americas. At its very worse, racism is the mentality of powerful people in a nation that consider the poor, those of different skin colour and the indigenous peoples to be almost sub-human and that killing them is a public service as some police and military around the world do like in the United States, France, Syria, Brazil and elsewhere. The police killers in the United States and military who kill with impunity have no empathy, compassion and respect for others. They have animal-like “killer instinct.” They act on emotion, not reason. So it is they that are less fully human than their victims.

Removing statues that glorify the racists and slavers, banning the confederate flag, changing the name on racist skin bleaching creams, boycotting Facebook, bringing in new laws on policing are just symbols of change. While social justice, equality and respect for all people has to be an immediate goal, long term change to eradicate racism has to be in the hearts and minds of the people. It starts in the classroom, where education is the key and a next generation needs to know, practice and live by the values of community equality and mutual respect, true social and civil justice and love of neighbour.