A legacy worth revisiting

Fr. Hugh MacMahon is from Dublin. He was ordained in 1962 and spent fifty years on mission in Korea and China. He returned to Ireland in 2012 and was Executive Secretary of the Irish Missionary Union until 2016. He explains how the Elders of the Desert and the Skelligs inspired and motivated him to write his new book. This article was first published in the December 2021 issue of the Far East magazine. 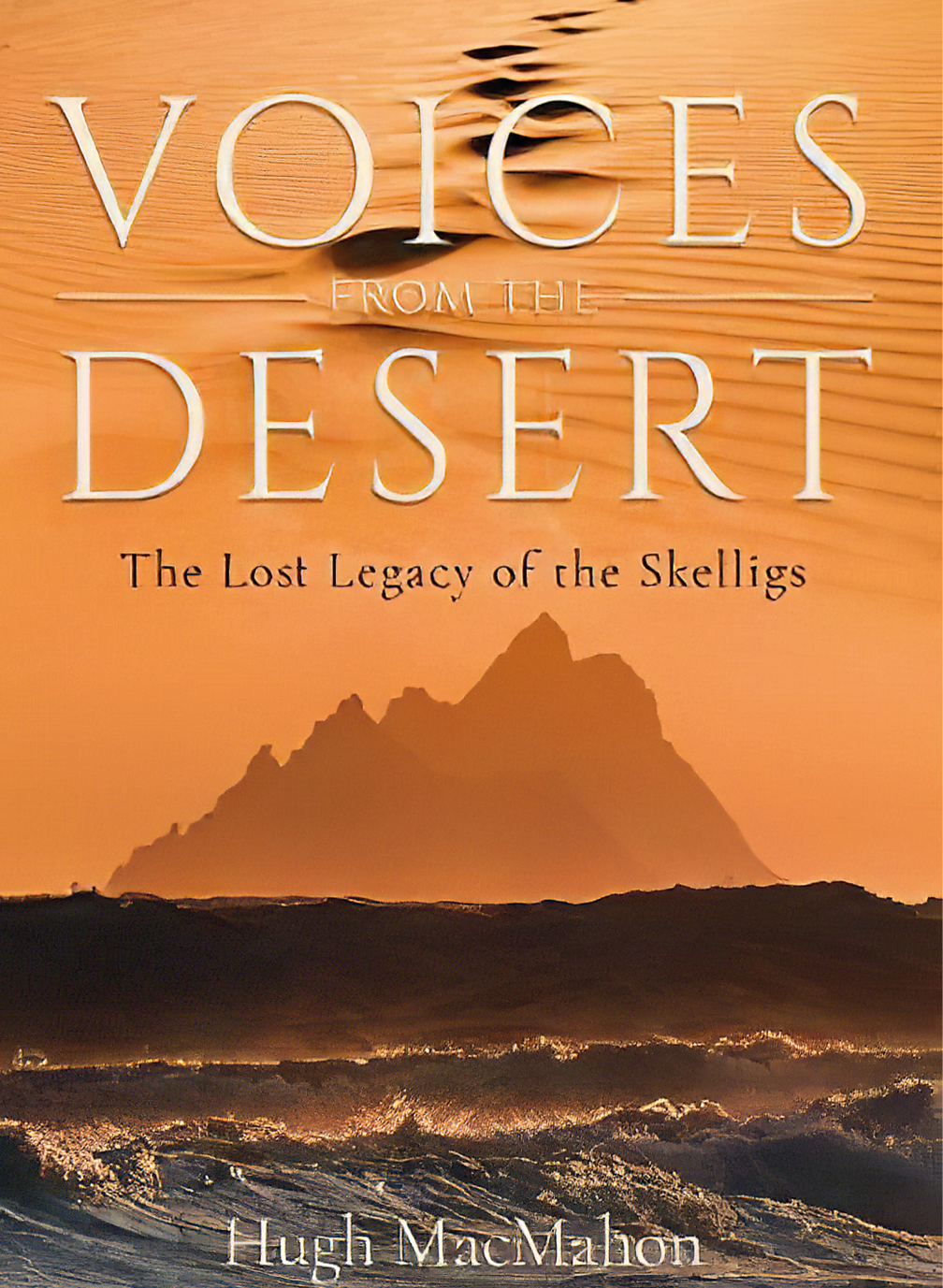 What prompted me to write Voices from the Desert: The Lost Legacy of Skelligs was the need to find answers to questions that had long bothered me. They began with a visit to Skelligs some years ago. It was a beautiful, clear summer’s day, bringing to life the sparkling seascape around the island rock. Combined with the audacity of the simple cells clinging to its summit, the impression was lasting.

But it also posed a question: why did they do it? Why would anyone want to go there, living between sea and sky, cutting themselves off completely from people and the world? Obviously they had a religious purpose but did this demand a life of solitary prayer rather than finding and serving God in others? It would be easy to dismiss these trailblazers as fanatics but it was people like them who successfully spread Christianity across Ireland through their monasteries and schools.

The monks of Skelligs had a clear image of Christianity that might appeal directly to people unfamiliar with complicated Western thinking. Its directness might even restore interest among those disassociating themselves from the modern Church.

I also belong to a Missionary Society whose patron is St. Columban – an Irish monk-missionary who brought the Irish monastic form of Christianity to the devastated regions of Europe in the ‘Dark Ages’. What inspired him, what message did he bring? Even for us Columbans he seemed a distant and ambiguous figure.

The Skellig monks could provide an answer to many of these questions but how much do we actually know about them? The scarcity of information from that period is due to the chaos caused by the migrating of non-literate tribes into Europe. Records either ceased or were destroyed. An information vacuum had been created.

Then one day I came across the account of a young monk named John Cassian who journeyed across the Egyptian deserts in 384AD to meet famous ‘Desert Fathers’, men who had devoted their lives to understanding and practicing the Christian message. As I read Cassian’s discussions with them I could see their value for today.

The topics they discussed were of universal human concern. Why is there evil in the world? Is it possible to overcome human weakness in our effort to be better? What are the goals of a Christian and what steps must be taken to achieve them?

From the beginning the Desert Fathers were the inspiration and spiritual guides for the early Irish Church. Images of their two pioneers, Anthony the Great and Paul of Thebes, are to be found on early High Crosses in Moone, Monasterboice and elsewhere. Their influence is recalled in every parish in Ireland, in place names beginning with ‘Kil’, meaning ‘cell’ (as in monastic), and ‘disert’ meaning ‘desert’ (as in Egyptian).

Their legacy is full of humanity and common sense, presenting an approach that appears fresh and energising to us today. After listening to them I began to view the world around me in a different manner and understand the questions that had troubled me.

I decided to jot down a shortened version of each of the twenty-four interviews, focusing on the main topics and preserving the original wording and thinking as much as possible. With an introduction, a short commentary on each chapter and a conclusion, it became a book – Voices from the Desert: The Lost Legacy of Skelligs.

I have written other books and admit I never got around to rereading them but this is one I will be revisiting because the voices in it are not mine but those of the Elders of the Desert and the Skelligs.