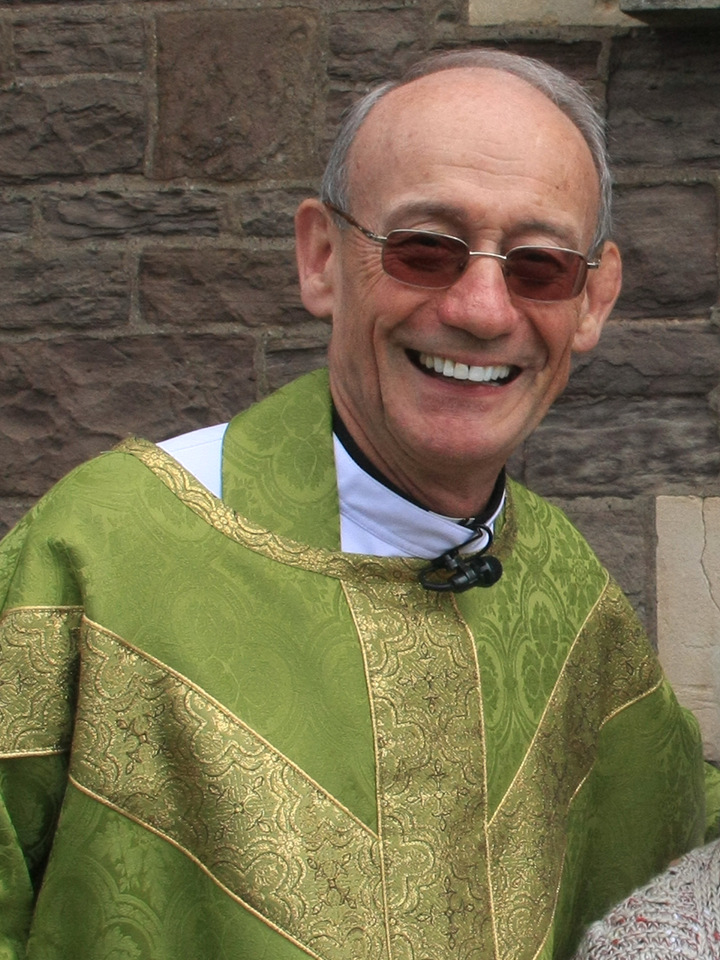 Fr. Tom Ryan hails from the west of Ireland. Born in County Galway in 1951, he was the youngest of three boys. The Parish of Saint Laurence, Tynagh, Co. Galway was his home parish and where he was ordained in May 1982.

Tom’s early memories are of a strong Catholic atmosphere in his family. There was always an abundance of Missionary magazines in the home. Each one was read from cover to cover and they brought far flung places and missions close to home and became part of the family’s lives. Tom’s aunt had been a Columban Missionary Sister, both in China and later in Hong Kong, for over thirty years. He recalls the generosity and support of his parish for her work.

During secondary school years, Fr. Tom remarks, students were introduced to ‘Ways of Life’ or, more accurately, ‘What you might like to be in the future!’ Impressive speakers were invited to help the students make the right choices. Priests were among them. They enthusiastically promoted their way of life, lives at the service of others! He was attracted to this style of life. Like many, he had an interest in the Priesthood. Typical of students then; a superficial, passing enthusiasm of no great depth. It lay in the background and it was not urgent.

A school classmate mentioned the word ‘Priesthood’ and told Tom that the work of Missionaries, particularly in South America, seemed important to him and he was thinking of joining the Columbans. Fr. Tom recognises this influenced him. It seemed worth considering, and in 1970, Tom joined the Columbans.

Tom was one of the first three students sent on Overseas Training Programme (OTP) to Peru in 1979. After initial language studies in Cochabamba, Bolivia, he returned to Lima and was assigned to the parish of Nuestra Senora del Rosario, Tahuantinsuyo on the Northern side of the capital. This would be the only place of his missionary work over the next twenty years. Student, Curate, Parish Priest and the one who oversaw the transition of the parish back to the Diocese.

“Transcultural missionary life brings you face to face with yourself!” explains Tom “Mistakes, blunders, misunderstandings, times of celebrations and sadness lead to deeper self-knowledge. I carried out necessary self-reflection through the study of Peru socially, religiously, politically, and culturally. A missionary can become more than they ever expected when learning to know a people from head to toe!”

Achievements and successes of mission are not easily measured. People are quick in their admiration for the visible results of Missionary presence in each country and the physical evidence of a missionary’s time on the ground. Fr. Tom knows lives have been enriched beyond measure – badly needed schools, medical centres and a list of truly wonderfully inspired works have made this possible. But, he explains, “I have none of these to my name!” and adds “But it is deeply satisfying to know I made a difference, not solely for what I ‘did’ but for what I ‘was’ for others; for the many who came in need; frightened, disturbed, unsure, ashamed. These utterly ‘private’ people arrived on my doorstep under the cover of darkness just wanted to be heard without judgement. These people wanted a ‘foreigner’s’ ear to listen through their troubles and to affirm and esteem when everything hurts. “It is the hardest but grandest work of all!” says Tom “It’s the Gospel and it’s Mission!”