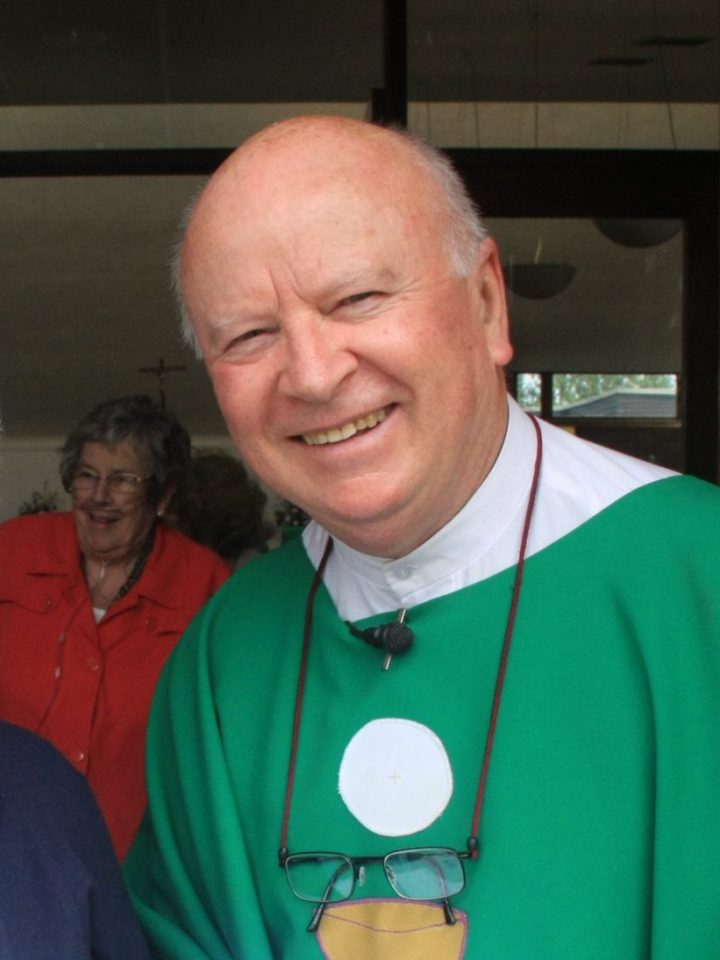 Born in Castleisland, County Kerry, Ireland into a farming and shop keeping family, Jim Fleming spent most of his formative years at home with his family of seven siblings. He loved helping his mother in the shop and enjoyed the interaction with customers, most of whom were regulars and neighbours. He had less interest in the farm and found chores there tedious!

Jim was always involved in the life of his home parish from an early age – from altar serving to visiting and helping housebound people with the St. Vincent de Paul Society. He got on well with the priests in the parish and even accompanied a few to the outlying churches for regular services. From the age of 12 Jim spent five years at a diocesan boarding school in Killarney. Although some of the priests who taught in the boarding school were very genuine and inspiring, some were not and failed to show support when he showed an interest in the work of a visiting missionary priest.

Jim had never met a Columban and none of their Vocation Directors ever visited during his five years in the boarding school. Then one Friday in the summer of 1966 Jim, together with a group of Leaving Cert students from different secondary schools around the country went on a ‘vocation weekend’ to the Augustines in Cavan. On the way they passed Dalgan Park and Jim asked the Augustinian priest more about the building but he refused to tell him. On their return journey to Dublin that same weekend, Jim noticed the sign of St. Columbans at Dalgan Park. Jim and the others were dropped off at Hueston train station and instead of getting on his train to return home, he jumped aboard a bus for Navan. Jim arrived at Dalgan Park and knocked on the front door. He was greeted by a very friendly priest who invited him to stay for ‘as long as you like’. Fr. Joe Whelan, since deceased, introduced Jim to another young prospective seminarian from Belfast named Don McKenna and together they spent over a week enjoying the delights of having the place to themselves, exploring the local area on bikes, playing tennis and using the pool. Most days and evenings the two of them worked for a few hours on the house telephone exchange inside the front door. They enjoyed every minute of their visit and it was a delight to return to Dalgan a month later – and what a pleasant change from the boarding school!

Unlike other missionary congregations who gave the impression that they worked ‘everywhere’, Jim was thrilled to hear that Columbans worked mostly in the East, which he believed to be ‘exotic’. There was a certain amount of romanticism to a future lived in faraway and exotic missionary country which only fueled Jim’s desire to become a Columban.

Commiting to the Society, Jim began his studies in 1966 and was ordained in 1973  in his home parish in Castleisland. He was the first, and until now, the only parishioner ordained in the parish church which is over 100 years old. It was both an incredible and exciting experience as it galvanised the entire parish in a celebration which lasted well into three days!

Before ordination Jim was asked his preferences for mission and he had only one, which was the Philippines. It was somewhere he longed to visit. During the previous summer holidays he had worked in London and met a lot of Filipinos who told him about the great shortage of priests in the country. He knew there and then that’s where he wanted to go.

Fortunately Jim was appointed to his first assignment to the Philippines shortly after his ordination in 1973 and worked in two parishes – Talisayan and Gingoog – for the next five years. A lot of the work entailed long journeys to faraway villages where, together with the catechists, he would stay for up to a week conducting seminars on ‘basic Christian communities’ at a very intense time of martial law in the country. After five years Jim returned to Ireland and after just a fortnight, received a letter from the Superior General asking him to go to a new mission in Pakistan. Jim’s first instinct was to tear up the letter and ignore it, but another arrived a week later encouraging him to respond. Jim travelled to Dublin for a chat with the Superior General and after a month, he finally succumbed to his request to travel to Pakistan!

Pakistan was very different to the Philippines and initially Jim found it very difficult. The culture, religion and language was very alien to him and for some time he pined to return to the Philippines. Jim spent the next 10 years working mainly in parishes, first in rural Sheikhapura and then in the city of Lahore.  Both Urdu and Punjabi  languages were very challenging for Jim and at times exasperating. After ten years he was asked to leave the Punjab and go and work with other Columbans in the tribal ministry in the southern province of Sindh. This meant learning a new language and immersing himself in a new and completely different culture. That was very trying, especially at the beginning and he longed to return to the Punjab but that was not to be. Over the following years, Columban ministry in both places continued to develop particularly in the areas of interfaith dialogue and justice and peace.

In 1999 Jim was assigned to Britain. He took up residence in the Solihull house and began supporting the Mission Awareness and Appeals team. In the beginning it was so different to anything Jim had experienced but over time he began to fell settled and enjoyed his ministry. Besides supporting the Mission Awareness and Appeals team to inform people about the Columbans and raise funds for the society, Jim works in interfaith dialogue and asylum ministry and regularly attends Solihull Welcome, a place of welcome for those seeking asylum in the UK and required to attend the UK Border Agency center at Sandford House, Solihull. Jim also takes care of the central house in Solihull and manages the property and domestic staff. 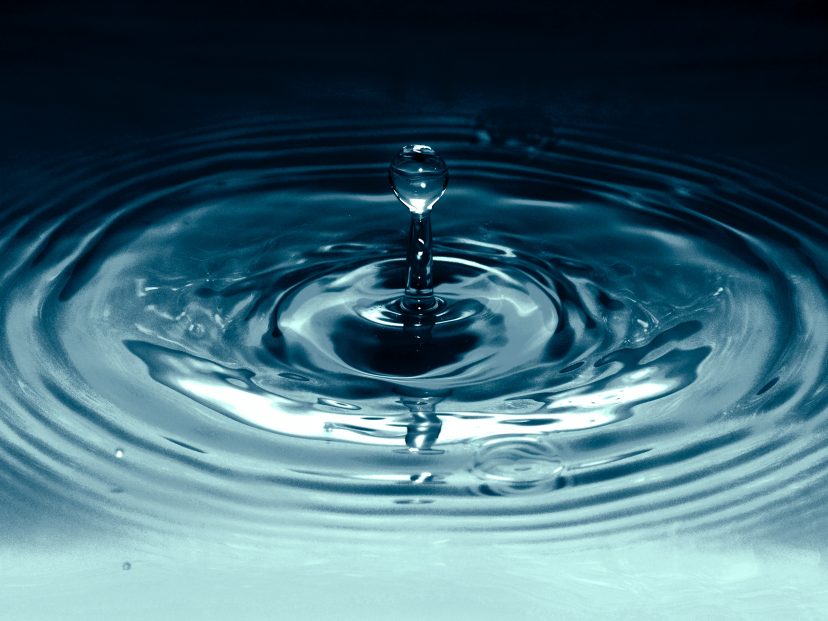 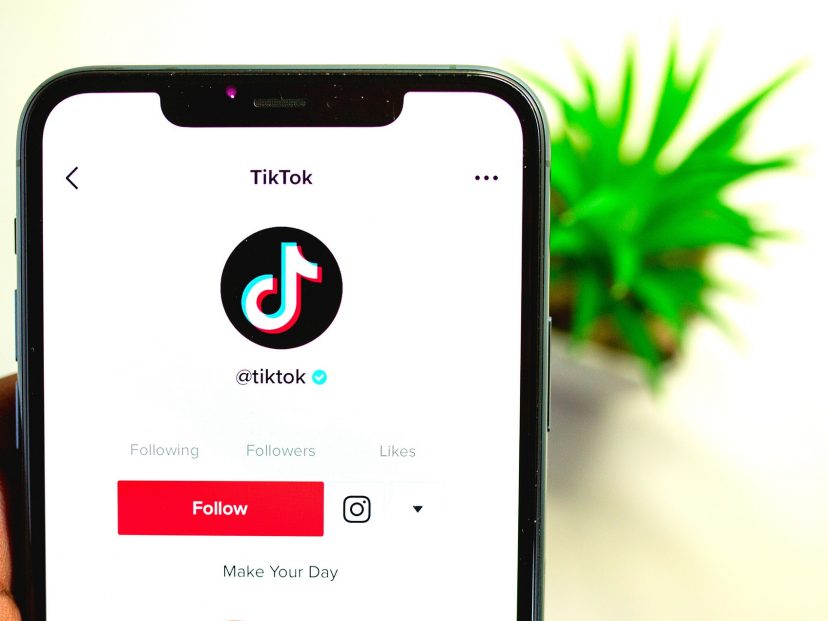 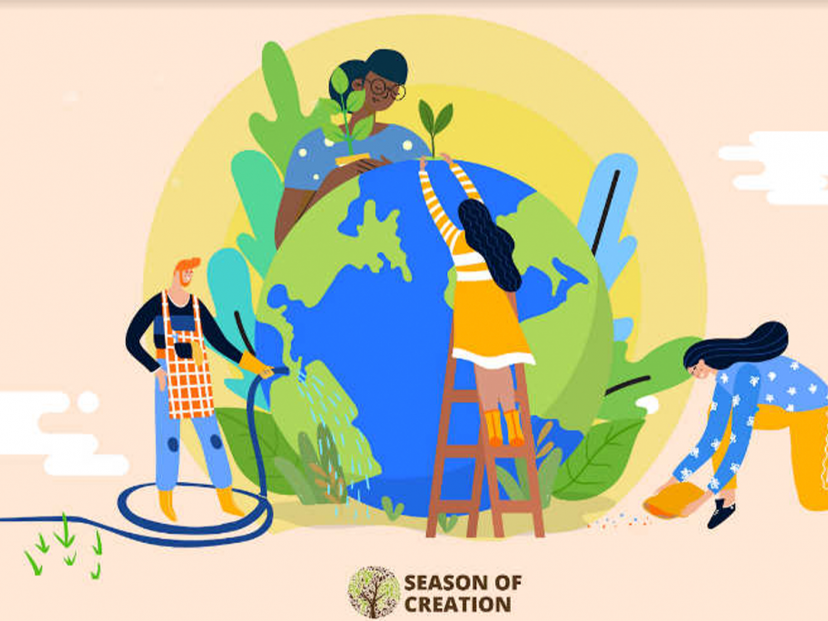 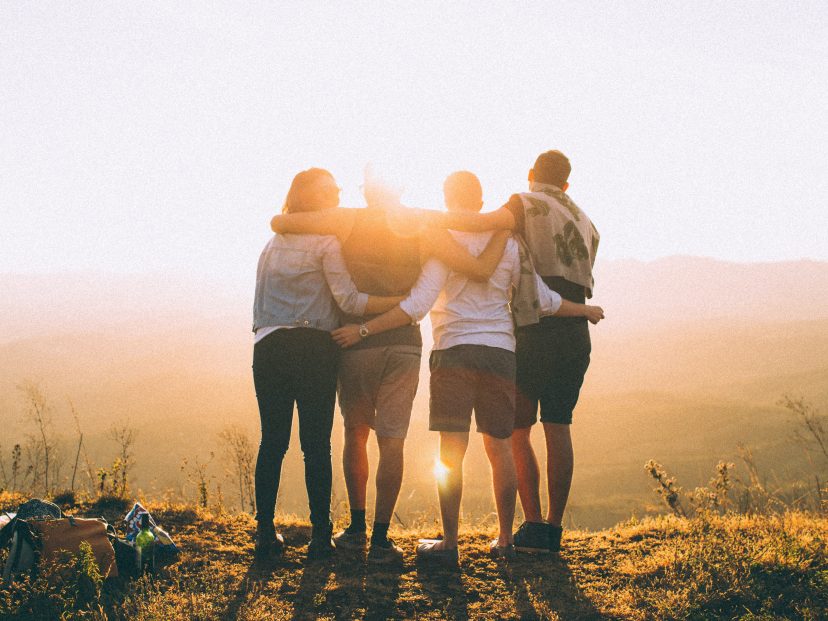 Delight in the other 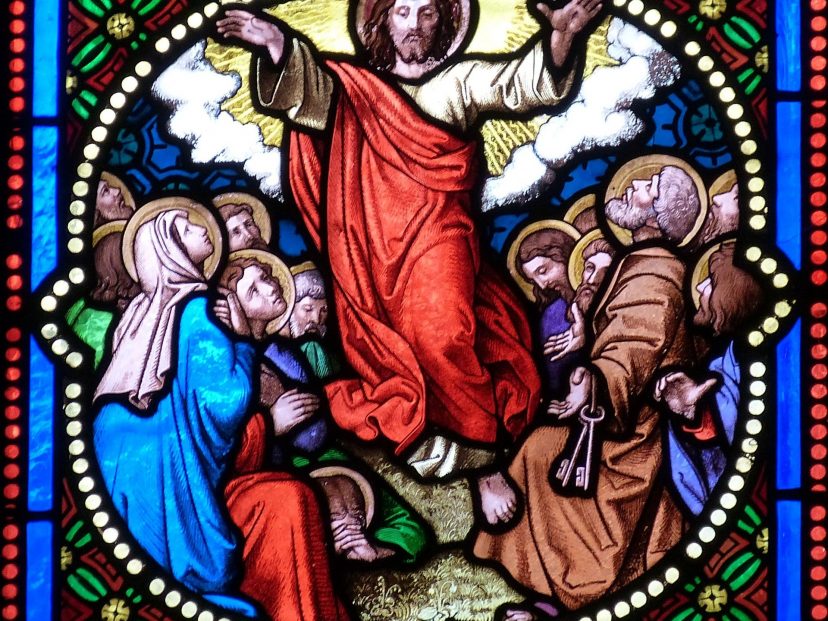 An explanation of the the Feast of the Ascension 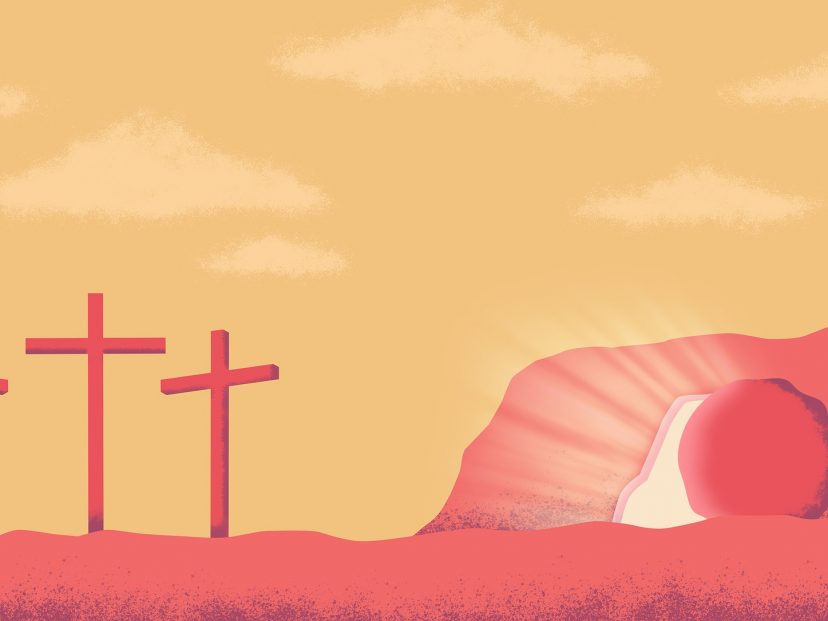 Holy Saturday – what does it mean for us? 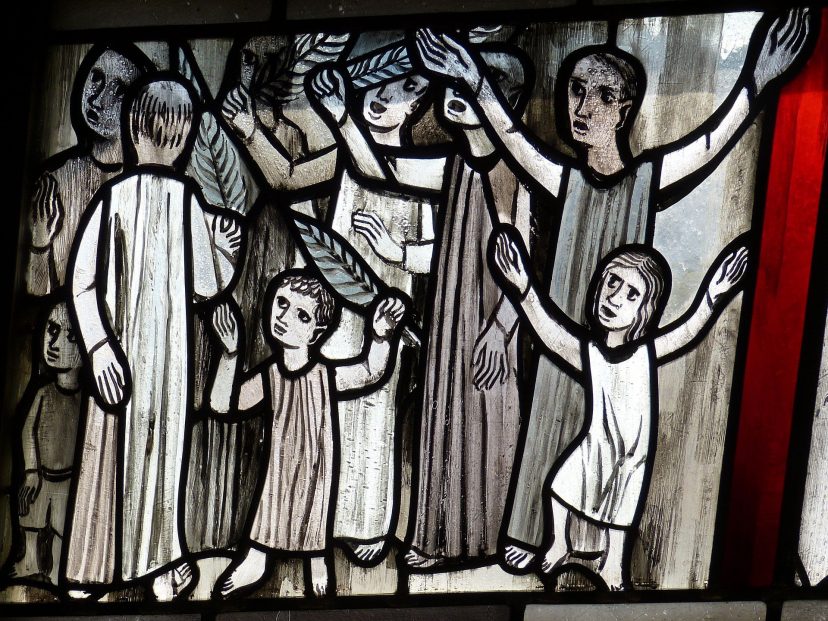 Palm Sunday: the drama of what it means to be a Christian begins to unfold 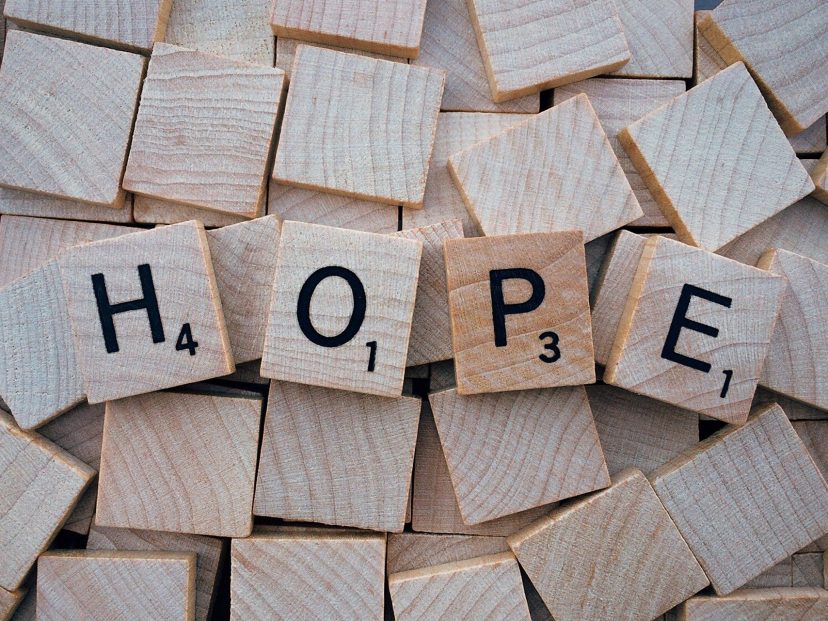