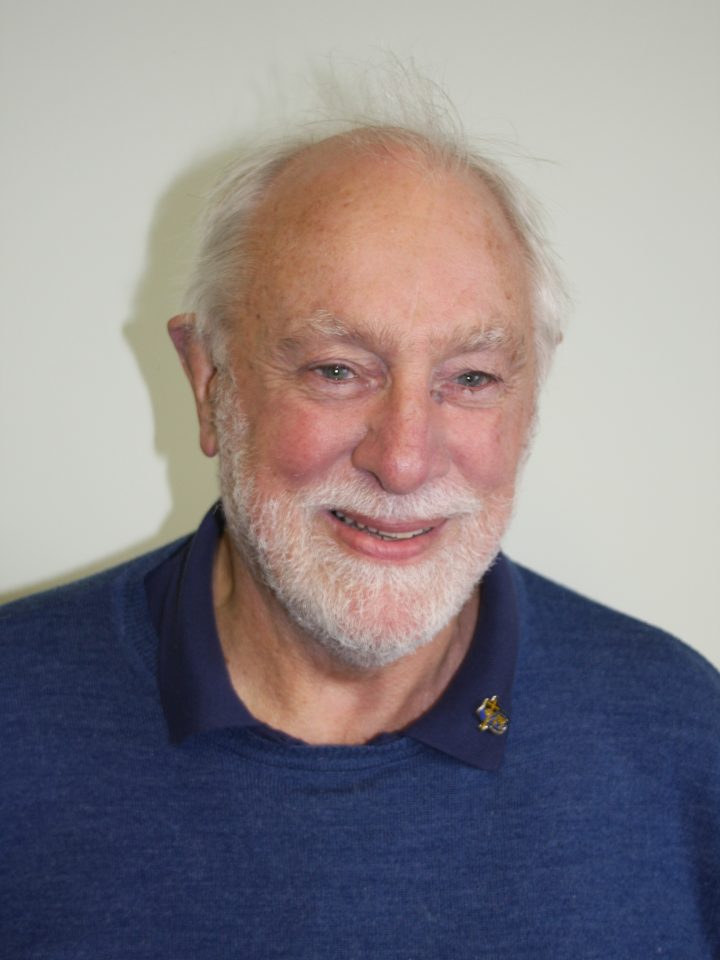 Fr. Raymond Collier was born in Dublin in June 1940 but grew up on his family farm in Clogherhead, Co Louth. He attended the local National Primary school in Walshestown for a few years and then the Christian Brothers School in Drogheda before being sent to boarding school at Cistercian College, Roscrea, Co Tipperary in 1956.

Raymond always looked forward to receiving the Far East Magazine as a child. Overseas mission was attractive to him, the idea of adventure and living on the edge was appealing. He would read the magazine from cover to cover; the more he read, the more he became interested in the Columbans and the more his desire to join them grew. Although he desperately wanted to be a missionary priest, as the eldest of the family, it was assumed he would inherit the family farm. Reflecting on Jeremiah (20:9), Raymond felt that if he didn’t answer his calling from God it would haunt him for the rest of his life.  In addition to reading the Far East, two of Ray’s uncles were also Columban priests. One was Fr. Anthony (Tony) Collier who was on mission in Korea and the other was Fr. Kieran Collier who was on mission in Burma. Fr. Tony was home on holidays from Korea after the second WW in 1948 where he had been interned by the Japanese during World War 2 and Ray used to serve his mass in the local church prior to going to school each morning. Fr. Tony returned to Korea in May 1950 just before the Korean War began. He was captured and shot as a spy along with his catechist, by the invading North Korean Army on the first two days of the war. News of his death didn’t reach us until the following October. Ray believes his death had a big influence on his own desire and idealism to become a missionary priest.

Deciding to join the priesthood and wanting to become a Columban missionary, Ray attended Seminary College at Dalgan Park, Navan, Co. Meath, Ireland in September 1960. He was ordained a priest in December 1966 and was assigned to the Philippines on his first mission in September 1967.  He was sent to the southern island of Mindanao which had a mixed population of Christians and Muslims, who have nearly always been in conflict. After six months of language school he was assigned to the parish of Jimenez as a curate where he stayed until 1970. After this he moved to Tangub, where he also worked as a curate to support the parish priest until 1971. There then followed two short assignments, one in Largao and one in Dumalinao. It was while in Dumalinao that Raymond became serious ill. He was hospitalised in Manila for a number of months before being advised to return to Ireland in 1972 for treatment.

After a period of hospitalization in Ireland Ray was asked to support mission appeals and promote mission awareness throughout the regions of Ireland and Britain. He returned to Mindanao again in October 1974 and was assigned to  St. Michael’s parish in Iligan City, Lanao. It was then that he experienced a total rethink of what it meant to be a missionary priest. He began to question the purpose of his missionary priesthood and reflect on God’s mission. Ray gradually began to realise that God wasn’t so much in the church building waiting for His people to come and worship, but was already out among His people in their homes, places of work and recreation. Sadly, he realised he was trying to impose a European clericalized centred understanding and expressions of the faith in terms of his own culture and faith experiences rather than that of culture of the community, Ray didn’t feel he was recognising or respecting the presence of the Spirit in the community’s own traditions. It was up to him then to be with God in His mission among His people on the periphery and enable them to recognise His presence among them. From this reflection there began to emerge in Ray a new understanding of what it is to be a missionary priest.

He became very aware that there was a need to let Jesus out of the church (building) so that he could touch the lives of people who would otherwise not be touched by the Church. Mission is not about bringing people to the church so they can meet Jesus, it is about meeting Jesus in their everyday realities of life. For Ray the only way to do that was to immerse himself in their everyday life or as Pope Francis says “be shepherds with the smell of sheep”. And so began Ray’s faith journey to the margins, for him it was the most effective way of living out the gospel. It meant, however the need to re-educate himself with regards to his understanding of mission, priesthood and the church.

Ray remained in the parish of St. Michael until 1978. Ill health and back problems meant he travelled back to Ireland for surgery on his spine. After learning to walk again with confidence Ray was assigned to Britain in 1983 as House Bursar in St. Columbans, Solihull. Then in 1984, was assigned as House Superior in the Columban residence in London until 1990. This house was for Columban priests and Columban friends passing through London. Ray had the responsibility of visa renewals for various missions and arranging air tickets back to the missions. During his time in London Ray attended local Deanery meetings on behalf of the Columbans in the Region and was elected Dean on the Camden Deanery. He opened the priest’s Deanery to representatives of the laity and parish Sisters of the Deanery which was something radical at the time and possibly still is. He was also asked to develop a Lay Missionary sending program.

In 1991 The Regional Council requested three Columbans to open an “Engaging Presence” in East London which was a multicultural, multi-faith and multi-ethnic reality. Ray and his colleagues were to live outside Church structures and had no blue print to guide them. They rented accommodation just off Green Street which was a hub of commercial life and activity for the pluralistic community of communities in the area.

In 1998 the Regional Council suggested Ray took a parish in East London as a way of inviting the local church to support the Columbans in their missionary outreach within East London part of the Diocese. In 2006 he moved to St. Catherine’s parish in Birmingham where he revived his outreach work which had begun in East London. He remained at St. Catherine’s until the Columban’s contract with the Birmingham Diocese ended in 2013 at which point he took up residence at St. Columbans Solihull. From there, Ray became involved with the, Rapha Listening Service, which he considers to be of vital importance in building networks of solidarity and interculturality among the  community of communities in Birmingham.

Ray has served on Regional Councils for more than 25 years and has been the Regional Safeguarding Coordinator since 1986. He has also been involved with Lay Mission since its inception at the 1982 chapter.

Ray enjoys sports, reading, keeping contact with friends and particularly likes deepening his understanding of the scriptures especially Mark’s gospel. He believes his personal world view is very much in keeping with Mark’s gospel. Mark sees humanity in the control of, or in the possession of the dehumanizing force of Satan. Where people feel themselves held in captive. Mark invites his interpreters to relate the liberalising activity of Jesus to various captivities; personal, social, political, economic, under which people in our time labour and seem powerless to control or escape. A healthy spirituality will acknowledge the reality of spiritual forces opposed to God and life. Mark’s gospel challenges us to look at our own society and consider the supra-individual, societal and global forces exercising a dehumanizing control over people’s lives today. 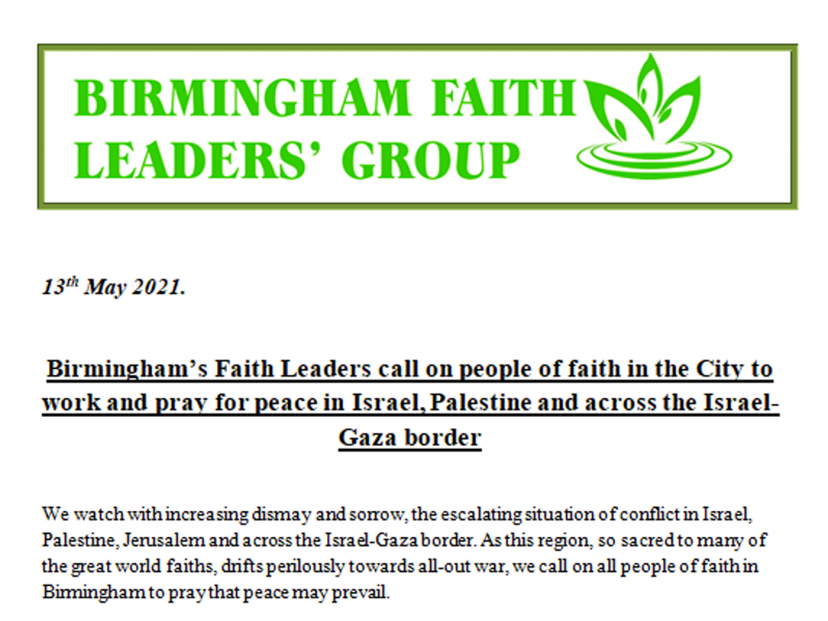 Birmingham’s Faith Leaders call for peace in the Holy Land 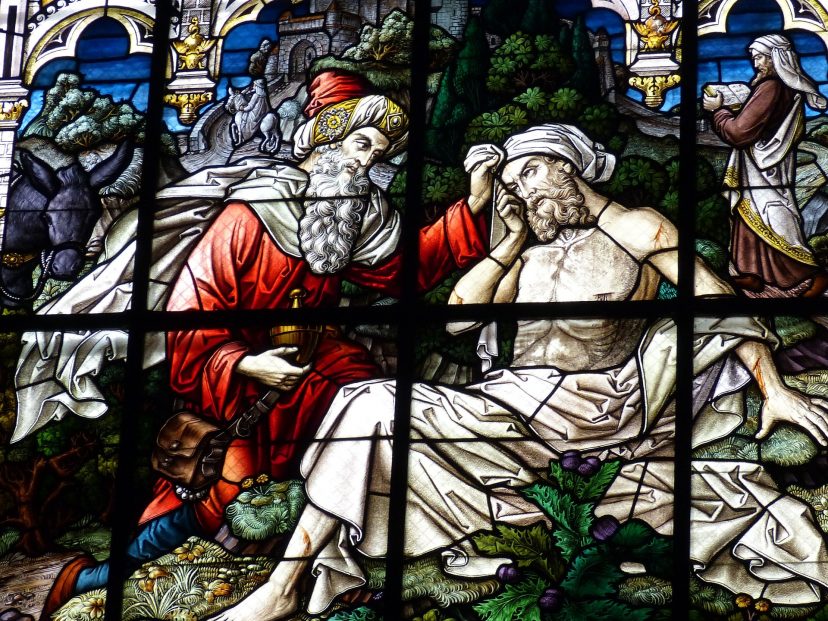 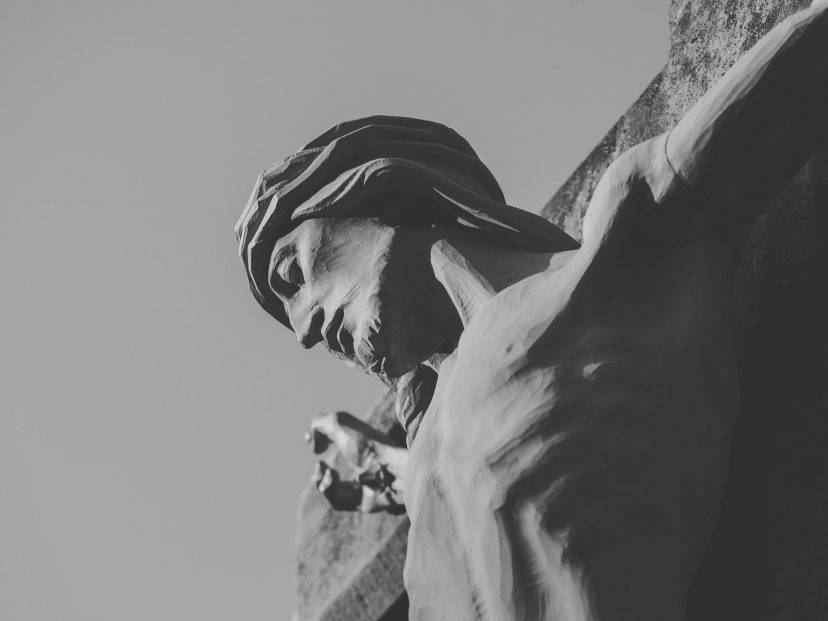 Good Friday – a day to remember and recall 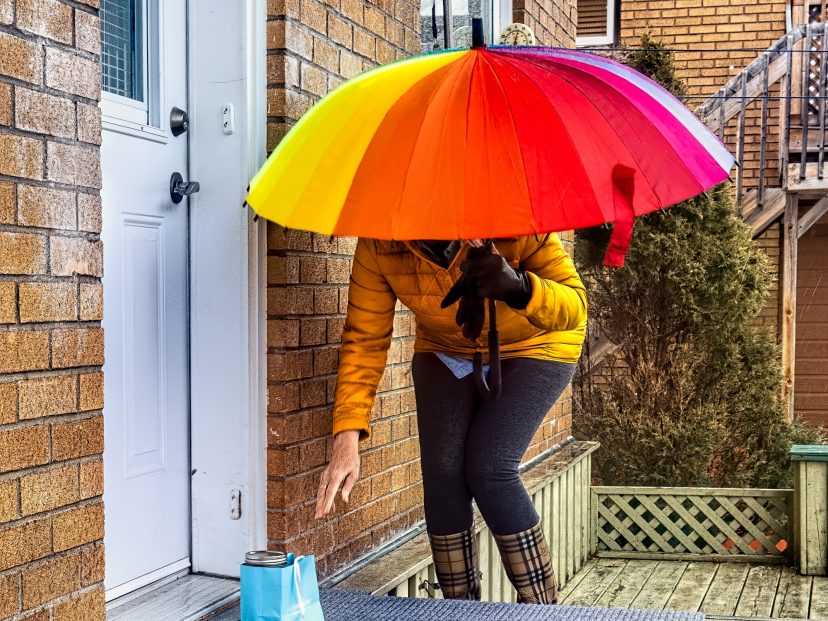 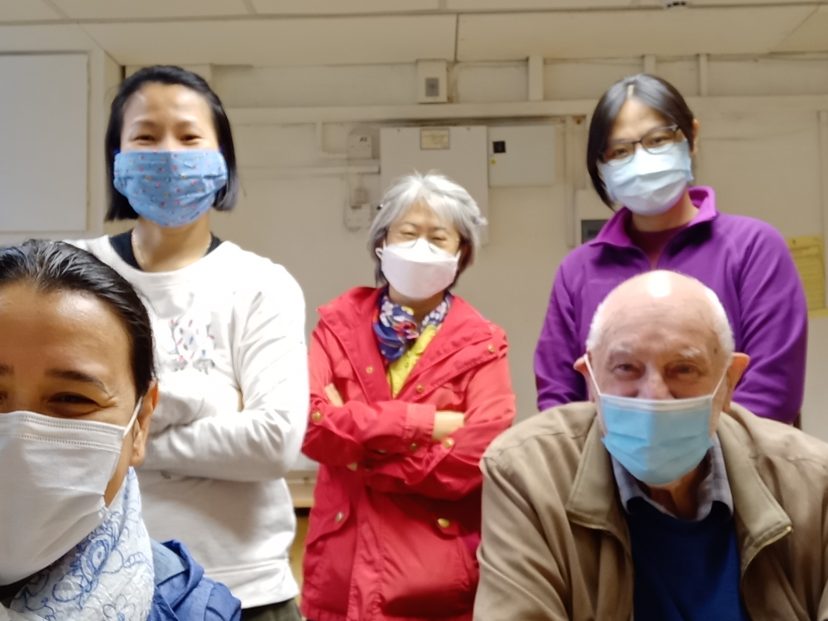 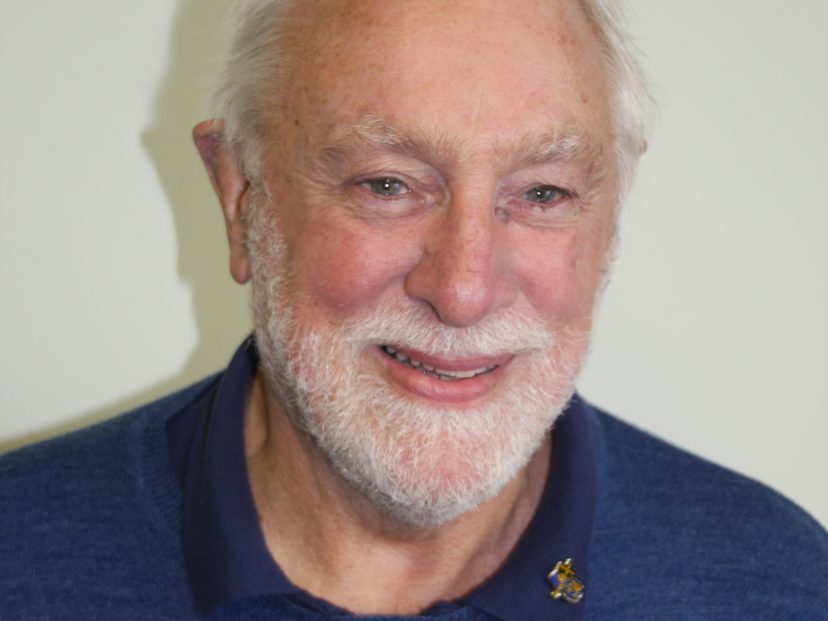 Covid19: an opportunity and an awakening to re-evaluate 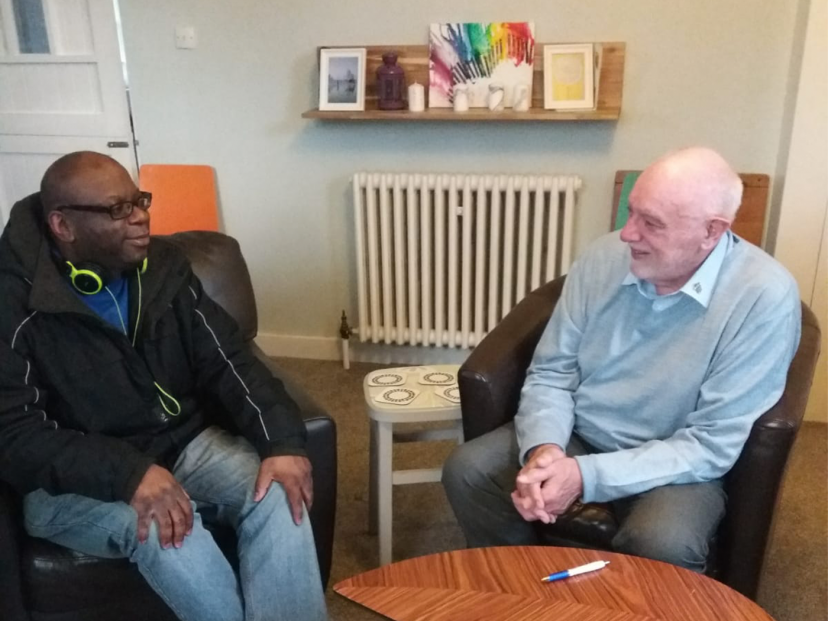 No man is an island