What the destruction of biodiversity means?

Irish Columban Fr. Sean McDonagh asks what the destruction of biodiversity means for us all?

It is clear today that the destruction of biodiversity is having enormous negative impacts both on the planet and on human wellbeing. As humans continue to colonise and degrade many ecosystems on earth, this can lead to an increase in bats, rats and other animals which harbour diseases which can cause pandemics, such as Covid-19.

It is important that we get an accurate understanding of how serious the destruction of biodiversity is for planet Earth. In fact, the level of destruction of the biosphere constitutes a change of a geological and biological order of magnitude. During the past few decades human devastation of nature has caused the end of the Cenozoic (new life period) which began 65 million years ago. We have now entered the Anthropocene or Human Epoch because of the massive changes humans have made on terrestrial and marine ecosystems.

At present, we are living in the sixth major extinction of life since life began on earth 3.8 billion years ago.  The last time something similar happened was at the end of the end of the Mesozoic period 65 million years ago when the dinosaurs were wiped out.  As a species we need to educate ourselves about the impact of our wasteful, industrial societies and, most of all we need to urgently devise strategies and lifestyles which will allow us to live in a more sustainable way with the rest of creation.  Every group in society, including politicians, economists, industrialists, farmers, people and religious people will need to be involved in shaping this sustainable lifestyle. It is a gigantic task, but essential if we are to leave a beautiful, vibrant and fruitful planet to future generations.

During 2019 and early 2020, bush fires, exacerbated by climate change, burnt approximately 1919,000 hectares for almost eighty days in Australia. The damage to wildlife was horrendous. According to the Australian Broadcasting Company (ABC), three billion koalas, kangaroos and other animals were killed or displaced.  But the damage did not end there; Scientists estimate that 2.4 billion reptiles, 180 million birds and 51 million frogs were killed or displaced. Commenting on the devastation, one of the researchers, Dr. van Eeden said that, “if you think about known mass mortalities of animals, I’m not aware of anything that compares.”[1]

Australia has not been the only place devastated recently.  Fires in the Brazilian Amazon rainforest increased by 28 percent in July 2020. The National Institute for Space Research recorded 6,803 fires in the Amazon in July 2020.  Environmentalists fear that Brazil could repeat what happened in 2019, when 30,900 fires were spotted by the institute. [2] These fires take a massive toll on wildlife as animals in the Amazon such as sloths, lizards, anteaters and frogs are not adapted to fires and, therefore, die in huge numbers.  According to a new study by IUNC (International Union for Conservation of Nature), up to 57 per cent of tree species are already facing extinction.

Globally insects have been hit most of all by extinction.  Over the past decade and a half, 41 per cent of insect species have declined compared with 22 per cent of vertebrate species.  Germany is planning to ban floodlights to fight its declining insect population.  Also the use of weed killers and insectides will be banned in national parks and within five to ten metres of major bodies of water.[3] 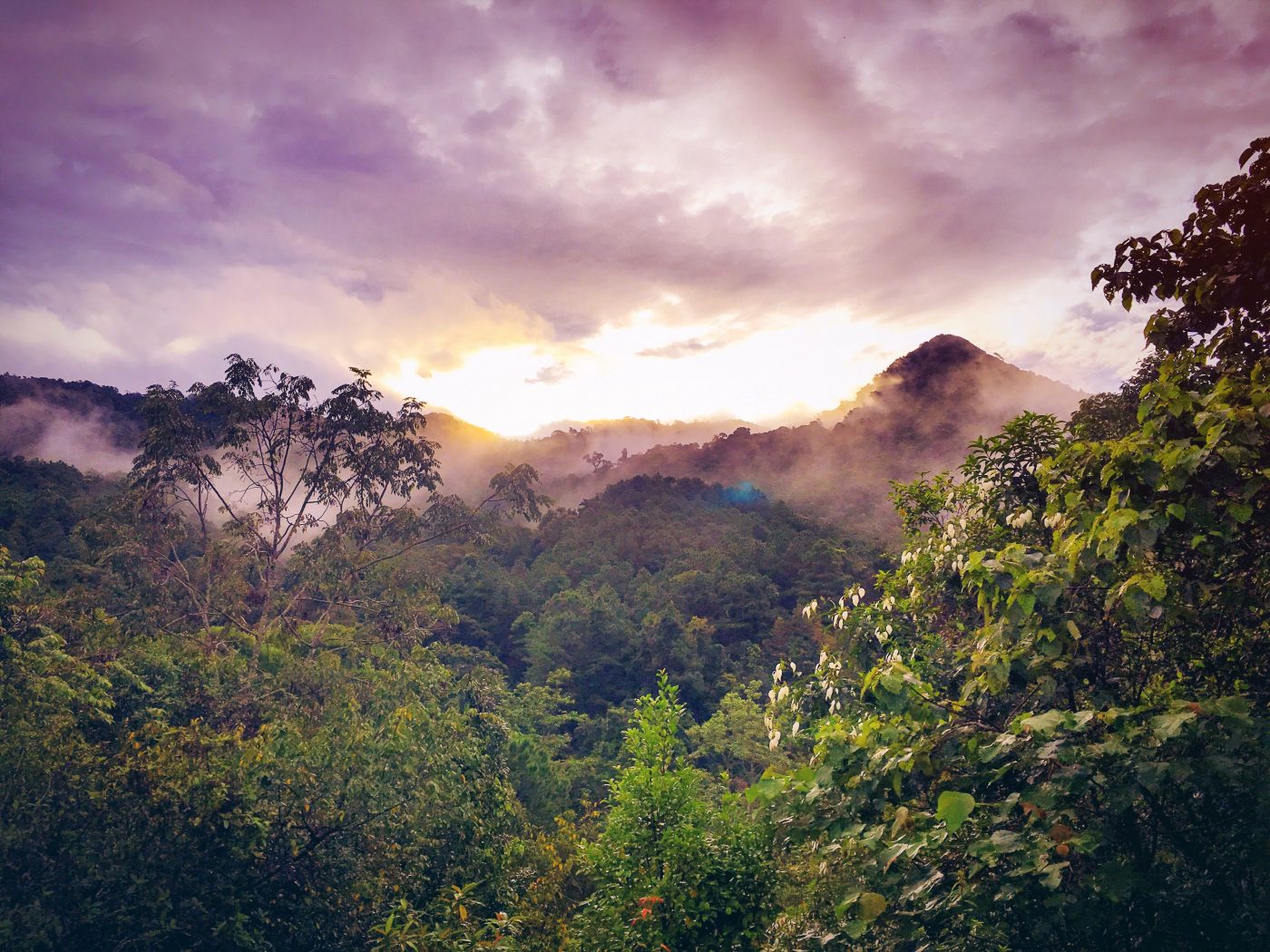 Caring for creation is a new challenge for many religious people. In the Catholic Church there as no discussion on the environmental crisis during the Vatican Council in the early 1960s. Many of the bishops who attended subscribed to ‘dominion theology,’ which believed that the Earth was there to meet human needs. I am convinced that if half the bishops were women, they would have included care for creation as a central element of our Christian faith.  Rachel Carson’s influential book Silent Spring which marked the beginning of the modern environmental movement, was published in April 1962, a few months before the Council begun.  Concerns about ecology were absent from the Social encyclicals of the Catholic church.  Populorum  Progressio (On the Progress of People)  taught that creation was there for humans to use for their own advantage. (No. 23).  The encyclical was blind to the damage which humans were causing to the natural world. There was no reflection on the impact negative of industralisation on the biosphere. It stated boldly that “the introduction of industry was necessary for economic growth and human progress: it is also a sign of development and contributes to it.  By persistent work and the use of his intelligence man gradually wrests nature’s secrets from her and finds a better application for her riches” (No 25).

The Compendium of the Social Doctrine of the Church published in 2004 shows little understanding of the global ecological crisis. Chapter 10 is devoted to “Safeguarding the Environment”, and has only 15 pages, in contrast to Chapter 6 on human work which runs for 26 pages. In a book of 400 pages, there is only one paragraph on climate change (No. 470) and one paragraph on biodiversity (No. 466).

Given the poor leadership of the Catholic Church on the ecological crisis, locally and globally, the publication of Laudato Si’ in 2015 was both very welcome and surprising. In quoting from Patriarch Bartholomew of Constantinople in paragraph 9 of the encyclical, Pope Francis opens a new morality for humans. The Patriarch said “for humans being … to destroy the biological diversity of God’s creation; for human beings to degrade the integrity of the earth by causing change in its climate, by stripping the earth of its natural forests or destroying its wetland; for human beings to contaminate the earth’s waters, its land, its air and its life – these are sins.  Though I have heard confessions many times in my 50 years as a priest, no one has confessed any of the above, so this is very much a new area of moral life for all Catholics.  Later, in the encyclical, Pope Francis makes it clear that other species have intrinsic value independent of their usefulness to us (No. 140).

Unfortunately, there is a enormous gap between the teaching found in Laudato Si’ and the prayers that are used in our liturgy. Today, instead of following the teaching of the early Fathers that we should pray as we believe (Lex Orandi, Lex Credend, our liturgical prayers are schizophrenic.  Before the encyclical Laudato Si’ the Catholic church’s teaching on the value of the natural world was dreadful. For example, in the Roman Missal, which was published in 1570, the post-communion prayer for the Sundays of Advent read as follows Oremus, Domine, doceas nos  terrena despicere at amara celestia. Lord, teach us to despise the things of earth and love the things of heaven. Regrettably, the lack of concern for creation was not confined to the liturgy. It was also found in the Salve Regina, one of the most popular prayers throughout the entire second millennium. It refers to the condition of human being in this life as “mourning and weeping in this valley of tears.” The implications were clear that, if our true home was in heaven  and this world was just a valley of tears, all our energies should be devoted to pursuing the development of the interior life, rather than wasting our energies on earthly things which will pass away. There is an enormous need to develop competent liturgical texts and eucharist prayers based on this new vision rooted in Laudato Si’.

The 2020 Spring issue of the magazine, Green Christian, has an article entitled ‘Requiem for Lost Species.’  The author, Helen Burnett describes a new ritual for remembering species which are becoming extinct which might be celebrated in November.  Laudato Si’ tells us that “every creature is thus the object of the Father’s tenderness, who gives it its place in the world (No.77),

Other authors such as the Margie Abbott RSM in her book Cosmic Sparks has developed more than a hundred Earth liturgies that will reconnect us with our Earth.[4] This would be a wonderful way to get young people interested in the new Catholic teaching on the earth which is found in Laudato Si’; On Care  For Our Common Home.